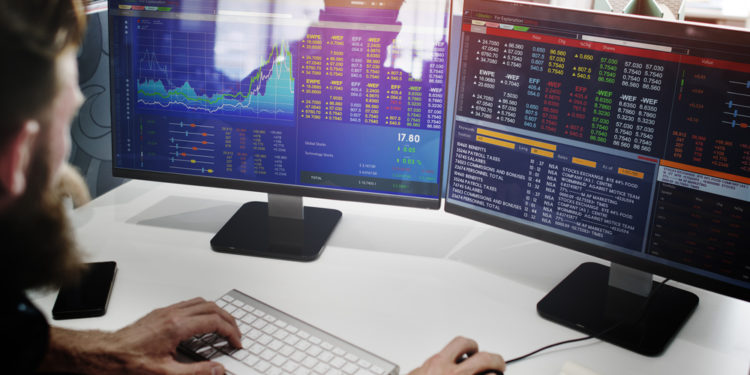 Running your own business can be a stressful affair. Whether you’ve been up and running for years and are constantly looking for ways to grow, or you’re just starting up your venture and are looking for your niche to set your business apart from the rest, cryptocurrencies could be the answer you’re looking for.

While most will have heard of Bitcoin, there are countless other cryptocurrencies on the market, including the one we’re investigating today – Ripple. But what is Ripple? What is the XRP price and state of the market currently? Could it really benefit your business? We’re answering these questions and more below.

Ripple itself isn’t actually a cryptocurrency. In fact, Ripple is the name given to the money transfer network that the coin – XRP – operates within. As Ripple is a platform as opposed to a currency in and of itself, there is a little more to its description than simply ‘an alternative form of currency.’

Instead, Ripple can be described as a settlement network that acts as a platform for anyone to transfer money and exchange currencies in seconds. In theory, it could eliminate the need for systems like Western Union, by using blockchain technology to make transactions fast, simple, and practically fee-free. On the Ripple platform, XRP essentially acts as the middle man – for example, if you wanted to transfer GBP to USD, Ripple would transfer GBP to XRP, and then XRP to USD. While this might seem pointless, it can actually make the entire process much faster, and much cheaper by avoiding exchange fees.

How Is It Different?

Ripple and XRP differ from other cryptocurrencies in a number of ways, including transaction speed, fees, the lack of mining and overall acceptance by banks and other financial institutions.

Considering that it’s far less active than Bitcoin, Ripple is understandably much faster. While this could be affected if popularity grows, it will still remain the cheaper option for currency exchange and for cryptocurrency transactions in general. What’s more, the lack of mining required means that the fill 100billion XRP that will ever be available are already out and ready to use. Not all are in use yet, but with gradual release, this stops flooding and potential price crashing, which could explain the acceptance and adoption of Ripple into traditional banks and institutions.

Could It Be Used In Banks?

While it was a slow start for Ripple, they currently have over 100 clients, including major financial institutions, signed up to their network. Leading banks like Santander, Canadian Imperial Bank of Commerce, UBS and UniCredit and even American Express have announced their testing of Ripple’s software. Whether this becomes commonplace or never gets past the testing stages as far as big banks go is difficult to say, but there’s no denying just what Ripple could do for the speed and cost-effectiveness of bank-to-bank transfers, especially overseas.

What About Your Business?

While Ripple has been aiming at larger financial institutions, the network is really a perfect addition for any business looking to improve and expand their international reach. Through speedy transactions with no exchange fees, you could be making international payments with minimal fuss and faster than ever before. For small businesses, not only will this provide them with an edge over their competitors, it will also provide cost-efficient and budget friendly financial activity, especially in the first few years of your company’s life. Cryptocurrency platforms like Ripple can also open up a wealth of opportunities to the ‘unbanked’ population around the globe, allowing seamless transactions on products and services which would have once been out-of-reach for a proportion of the global population.

Ripple has the potential to completely shake up B2B transactions in a way we’ve never seen before. From a 4-second transaction speed, to the far more stable nature of XRP when compared to other cryptocurrencies, this is one digital currency and platform with a lot of potential that is being sadly overlooked.