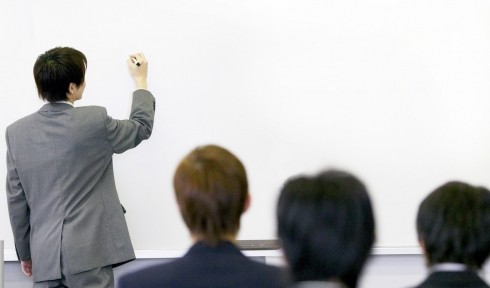 However, a new survey from the Forum of Private Business (FPB) has shown gaping differences in the attitudes of small businesses towards skills levels and retraining employees.
The research, carried out as part of the Forum’s recent Referendum survey of members, showed that, while a sizeable 84% of owner-managers rated the skills of their existing employees as either ‘excellent’ or ‘good’, most are dissatisfied with the level of skills displayed by potential recruits.

‘Employability’ and basic skills are the main attributes that potential employees are seen as lacking, with businesses preferring competency-based learning rather than the courses they believe are simply designed to provide students with qualifications.

A demand-based system has been the focus of the skills infrastructure over recent years. However, business owners believe there is a shortage of courses on which students can learn the specific skills they require.

Less than a third (29%) of respondents said the provision of training and skills in their local schools and colleges is ‘good’, with just three per cent rating them as ‘excellent’.
It is clear that many business owners lack faith in the ability of the existing education system to produce the young, work-ready employees they need to drive their businesses forward.

In addition, the FPB’s research shows that much time and money spent on retraining staff is done simply in order to deal with bureaucracy rather than cater for more essential business matters.
In all, 70% of respondents cited government red tape, including new employment and health and safety legislation, as the main trigger for introducing retraining initiatives.

Many entrepreneurs called for change. Most notably, this included placing more of an emphasis on incentives to invest in retraining rather than using legislation to force them. Others who took part in the survey did not understand why complying with regulations should cost them the same as bigger businesses with hundreds of employees. As well as free training initiatives, one alternative suggested was a sliding scale for fees.

Informal training is perceived as undervalued as a means of training local people to the required standard. If businesses were given support in improving the quality of this training then the levels of the skills in their workforce would also improve.

Minimising the time employees spend away from businesses is another key requirement and, while respondents want a greater focus placed on apprenticeships, they prefer on on-the-job training with less college-based study.

Almost half (44%) of business owners surveyed agreed their need for training had increased in 2009 – largely because of the downturn – and 40% had increased the amount of time they spent on internal training.

With the steady increase in the minimum wage, businesses are demanding more of the candidate to be trained. However, they do not believe this additional cost is matched by the quality of the applicants applying for jobs.

Most of these training ambitions rest on one factor – funding. Many respondents to the FPB’s survey believe they are unable access the finance they are entitled to in order to up-skill their staff, and that existing funding systems should be reviewed.

The FPB’s Chief Executive Phil Orford said: “Small business owners are by no means inherently negative about employees’ abilities. Most of them highly rate the skills of their own workers, many of whom will have no doubt benefited from valuable on-the-job training.

“However, few small firms seem to place much faith in the ability of schools and colleges to properly prepare people for the workplace. Consequently, most of them doubt they can easily recruit people with the skills and abilities they are looking for among the local workforce.

“This further highlights the need for education and training to be geared around the requirements of the workplace.”