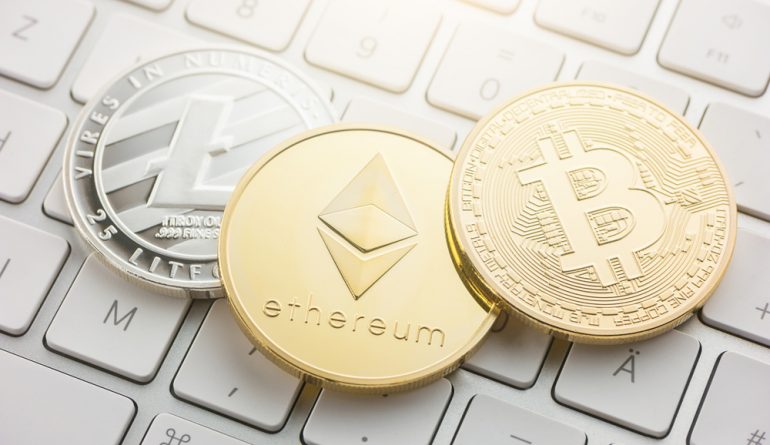 The recent volatility in the value of bitcoin goes some way to explaining the cryptocurrency’s explosion into the public consciousness.

50 Cent helped further propelled the currency’s popularity recently when he found himself a multimillionaire, having accepted (but then apparently immediately forgotten) various payments made in the form of bitcoin.

Clearly, investors are acquiring bitcoin as an investment or short term speculation and this, as many commentators have warned, is driving a “bubble”. But as 50 Cent evidences, the currency can be used as payment for goods and services.

Bitcoins may also be acquired by those providing “mining” services, or bought and sold by those providing exchange facilities. Increasingly, the currency can be used to acquire other cryptocurrencies by way of Initial Coin Offerings. So with millions of bitcoins in circulation, and public interest remaining high, how are HMRC taxing these various interactions?

The guidance provided by HMRC has, to date, been limited to a “Brief” issued in March 2014. This asserted HMRC’s view that no specific change in tax law was required and that existing tax rules were sufficient to cover transactions in bitcoin, although it was noted that “given the evolutionary nature of these cryptocurrencies”, further guidance would be provided as appropriate.

It seems likely that the recent market volatility may require HMRC to provide greater clarity here. Until that point however, HMRC’s view on whether any profit or gain is chargeable to income tax (IT) or corporation tax (CT), or whether a loss is allowable, is considered on a case by case basis.

The specific facts and activities of the parties involved will be reviewed and, crucially, whether the
activities are of a trading or investment nature.

For many individuals, as the current bubble shows, bitcoins are acquired as an investment or short term speculation. In the nature of bubbles, some individuals will realise substantial gains, others substantial losses – and unsurprisingly their preferred tax treatment will be dictated by that outcome.

Those with substantial gains may seek to argue (based upon some, perhaps now regrettable, comments made by HMRC in their Brief) that transactions in bitcoin may be so highly speculative that neither a taxable gain or loss results, given the transactions are analogous to gambling.

Gambling winnings are not deemed taxable, although this is not as generous as it might first appear, as HMRC is primarily concerned with the fact that gambling losses should not be allowed. This argument is considered by many as unlikely to succeed, particularly for those realising gains from more recent bitcoin acquisitions, although HMRC may be more easily persuaded that transactions are gambling where losses have resulted!

Those who have lost value may argue that their transactions in bitcoin are in the nature of a trading
activity, for which a more generous use of loss reliefs is available. Save in very exceptional
circumstances, this is another argument likely to fail as the evidential hurdle of “trading” is very high.

What is clearer is HMRC’s stance on gains achieved from investment transactions (including short
term speculation) – they are subject to capital gains tax (CGT). An individual annual exemption of
£11,300 is available, with the rate of CGT on gains in excess of the annual allowance being 10 per cent for a basic rate taxpayer, and 20 per cent for those higher and additional rate tax payers.

As with shares of the same class, the holder of bitcoins will have a single pooled asset for CGT purposes, which will increase or decrease with each acquisition, part disposal or disposal.

Generally any gain realised on an investment in bitcoin will be payable upon conversion to sterling or other fiat currency. Here, the gain will be calculated in reference to the sterling value received. However, an exchange into other digital currencies (perhaps in subscription of an Initial Coin Offering), or the use of bitcoin in acquisition of goods and services, represents a barter transaction.

This results in a disposal for CGT purposes of the bitcoin, determined by the sterling value of the digital currency received, or goods or services acquired.

The taxation treatment of companies holding bitcoins as investments is technically uncertain. It is dependent upon whether bitcoins should be treated as intangible assets, currency, or a chargeable asset.

Notwithstanding the correct subset of the corporation tax rules into which bitcoin fall, the general rule is that gains are taxed on realisation, currently at a CT rate of 19 per cent, where the gain is reflected though the profit and loss account in accordance with GAAP. For corporate investors, the accounting treatment will be crucial.

But what about those businesses that accept payment in bitcoin for goods and services? The normal rules of revenue recognition are likely to apply with the bitcoin value recognised at the current sterling exchange rate, and translated into the functional currency (generally sterling) at the year end.

On this basis, companies and unincorporated businesses are potentially subject to CT or IT, as appropriate, on the unrealised movement in their bitcoin holdings held in working capital.

Many businesses accepting bitcoin will therefore use a payment service provider to immediately convert to sterling, paying for the service in order to mitigate exposure to “exchange rate” movements. Those mining or making a market in bitcoins are likely to be found to be trading, although the treatment here will be fact specific.

The recent volatility in bitcoin has shifted the emphasis away from bitcoin as a payment system and toward it as a speculative investment.

This is likely to inform HMRC’s approach, certainly to those individuals investing in bitcoin as the next reporting season for 2017/18 draws near. It is important that investors decide how to report their bitcoin transaction, with CGT treatment being the default position.

For businesses, both incorporated and unincorporated, the treatment of bitcoin transactions will, similarly, depend upon whether they arise from trading or investment transactions with the accounting treatment likely to prove determinative as to the timing of any IT or CT charge.

Tax Partner at haysmacintrye, Neil advises on a range of tax issues focusing on transactional matters and tax structuring, particularly for early stage businesses and those preparing for, or seeking an exit. He has wide experience of advising on the impact and mitigation of direct taxes in the course of business transactions generally and those related matters as they impact on the owners and their key employees.
View all posts

Tax Partner at haysmacintrye, Neil advises on a range of tax issues focusing on transactional matters and tax structuring, particularly for early stage businesses and those preparing for, or seeking an exit. He has wide experience of advising on the impact and mitigation of direct taxes in the course of business transactions generally and those related matters as they impact on the owners and their key employees.