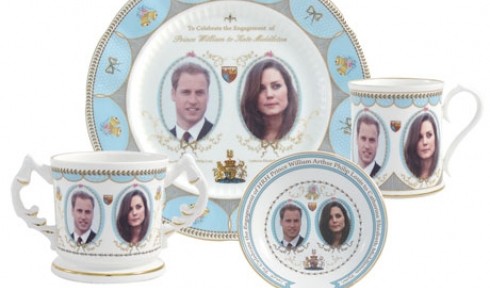 Royal Wedding boost for ailing craft businesses. The Online marketplace Notonthehighstreet is expecting a 25 per cent increase in orders for Royal Wedding related memorabilia. The company, which is backed by venture capital firms Index Ventures and Greylock Partners, launched a Royal Wedding section on its site yesterday as well as a campaign to direct international traffic to the site. Holly Tucker, executive Chairman tell the Daily Telegraph that she expects 15per cent of sales associated with the event to come from overseas. Tucker goes on to say that “Craft businesses are finding it very tough — more so than last year”. The five-year-old craft marketplace, which sells products made by more than 1,800 small traders, has seen a year-on-year sales growth of 135 per cent.
Good news for London’s tech start-ups: A new £1m competition from the Technology Strategy Board (TSB) is getting 10 digital entrepreneurs to compete against each other to land up to £100,000 funding for upcoming projects. Smarta reports that The Tech City Launchpad competition will kick off on May 6 and focus on bringing new talent. The competition is focused on specifically on improving the credentials of the Old Street and Shoreditch area of Lodon, but is open to any London tech start-up to enter. Applicants should provide a two minute video detailing their upcoming projects to enter the competition.
A manifesto for small business growth by a start-up entrepreneur: Now that the dust has settled on the 2011 Budget, businesszone.co.uk have spoken to Hayley Chalmers, founder of Short Couture, who has recently started her business specialising in fashion for women below 5’4″, to find out what she thinks start-up businesses really need from the government. Chalmers has some controversial views including no VAT on supplies and weekly support payments from the government – in lieu of Job Seekers Allowance – for 3-6 months whilst business is set up
Is social media about to burst? It’s the question on everyone’s minds: are we headed for another bubble burst? With new players in the social media world coming into the marketing at a rapid pace, The New York Times explores this question in the video below.