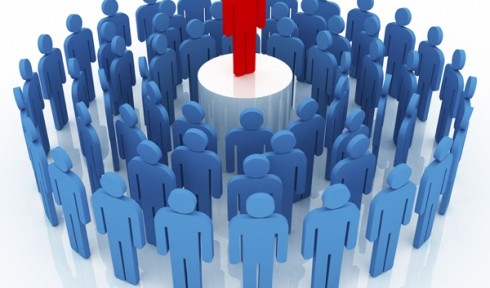 The marketing industry was shocked. Big agencies seethed as the Peperami brand dropped its loyal ad shop of 16 years in favour of two individuals, one based in Munich, the other in London, who jointly won the prize.

This break with conventional methods of sourcing marketing services may have caused a storm but it saved Unilever bags of money. The $10,000 payment is a fraction of what old agency Lowe would have charged. More than that, the mischievous peperami brand cheekily engaged its consumers throughout the process, tapping into their collective intelligence by asking them to come up with advertising ideas. A total of 1,185 concepts were submitted and brand awareness was boosted by a torrent of media coverage.

Welcome to the world of Crowdsourcing – the process by which the power of many can be harnessed on the internet to build, innovate and create an impact.

In simple terms, the crowdsourcing business model takes a task normally delivered by a supplier or employee such as developing advertising ideas, building a new technology or raise finance and outsources it to a community of experts through an “open call” on the internet.

Giants such as Unilever may be tapping into the wisdom of the crowd to save a bit of money and boost brand loyalty, but for many SMEs, crowdsourcing is becoming integral to birth and subsequent growth of their businesses.

Take Verist Labs, a small online firm that helps other companies manage their web presence on social networking platforms such as Facebook and blogs. Founder Arjun Anand wanted to communicate Verist Labs’ services through a promotional video, but with only two members of staff and a modest marketing budget, it was proving a challenge. Rich media production such as video is notoriously expensive and the quotes Verist Labs received meant that professional video wasn’t a marketing option.

Verist Labs posted a brief, stated the budget and tapped into Wooshii’s global community of thousands of video makers, animation specialists and special effect artists. They received over 15 proposals from all over the world within a week and finally chose an animator who produced a video at 80% of the cost they were originally quoted. Verist Labs’ founder explains, ‘I really believe that we, as a start up, can now compete with the big boys when it comes to video production. Professionally produced content doesn’t have to be the luxury of the big budget anymore.”

This is the genius of Crowdsourcing. It allows small companies to grow from one person working in their IT or marketing department to over 1,000 specialists overnight, without the overheads of increasing their workforce. In the read/write era of Web 2.0 technology entrepreneurs can harness crowdsourcing platforms from start-up phase right through to growth, all at minimal cost but with maximum control.

Someone starting up a business can find their niche through www.twitter.com. Collaborative fundraising is possible through www.zopa.com. Entrepreneurs can recruit staff thanks to www.peopleperhour.com. Their logo and website can be designed through www.crowdspring.com. They can test their web code through www.uTest.com and manage their customer service through www.getsatisfaction.com.

Since the term was first coined in 2006, the crowdsourcing community has grown rapidly. Hundreds of platforms now straddle a range of industries and services from IT to fashion. But in 2010 this process of tapping into the masses will come of age. No longer a geeky sideline of the Web 2.0 revolution, crowdsourcing will become a powerful business model, changing the way people, especially small company owners, do business.

For inspiration and ideas on how to crowdsource your own business go to www.crowdsourcingexamples.pbworks.com/ and discover 135 real-world examples of the power of crowdsourcing.