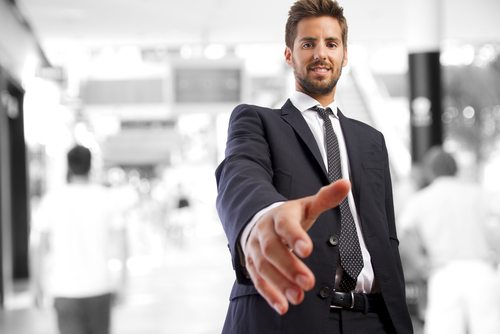 But negotiation is an essential business skill, no matter how large or small your firm. It’s a point that is never lost on Spanish and Portuguese speakers. In both languages, negocios means business.

Closer to home, Britain’s economy would benefit enormously if British businesses were better at negotiating.

The Centre for Economics and Business Research estimates that the country loses £9 million per hour from poor negotiating. Given that SMEs account for 99.9% of all UK companies (and almost half of the turnover) it’s fair to assume that a lot of this missed opportunity is down to the way that SMEs negotiate.

There is no shortage of pundits calling for UK businesses to be given more support – in the form of tax breaks, better availability of credit, or export incentives. But seldom do you hear anyone calling for British businesses to raise their negotiating game.

And yet the CEBR’s research shows that a typical UK company could improve its profits by 7% a year by negotiating better. If business owners collectively did so, imagine the boost it would give to their – and the country’s – bottom line.

Here are some practical things business owners can do improve the way they negotiate:

Preparation: SME owners are often poor at preparing. With limited staff and scarce time, small business owners may view thinking about a deal in advance as a waste of “doing” time. But missing out preparation is preparing to miss out. All the world’s top negotiators take time to plan their approach, research the other side, tap into the other side’s likely motivations and behaviours, and plan alternatives so that they don’t get stuck. All of that has to be dealt with upfront rather than when you are in the heat of the haggle; once you’re there it is very difficult to think on your feet.

Understanding Bargaining Power: Smaller businesses also often feel small, so when they negotiate they think, ‘we are small, we need the deal so we don’t want to make too much of a fuss’, but you always have more bargaining power than you think – maybe it’s information or expertise that the other side doesn’t have; or maybe it’s market power from operating successfully in a particular niche; or maybe the market power comes from having exclusive access to a network that someone else – perhaps a larger player – wants entry to. It’s always important to marshal your bargaining aces, as if you don’t appreciate the bargaining power you have, you will bid timorously, look anxious, and the other side will pick this up and push you harder.

Understanding People’s motivations: Most people are happy to explore the content and issues – what they want in terms of delivery and the product – but many negotiations are settled by emotional payment. There may be all sorts of emotions flying around – and often they are not even spoken about openly. But these are actually what drive the negotiations, so the sooner you can get the other side to express these feelings, the better placed you are to push the right buttons. Find out what they need by questioning, observing and listening properly. A lot of people are very poor at listening, and SMEs are often too impatient to listen or are concentrating on waxing lyrical about their own product instead of listening.

Asking for what you want: Children are the world’s most effective negotiators when it comes to bidding because they ask for what they want. People often think, ‘I want 500, but if I ask for that he’ll go mad, so I’ll ask for 300 and see how it goes’. If you want 500, ask for 500 and if your bottom line is 200, you have 300 to play with. SMEs often feel very anxious about this, because they fear they will muck up the relationship by asking for too much. But the reality is that if you have done the other stages of the negotiation properly – including preparing, understanding the needs on the other side and accommodating those motivations in your bid – then your offer is likely to get a positive response.

Britons are justly proud of their dynamic, entrepreneurial economy. At the last count there were five million SMEs in the country, and their ranks are being swelled by more than 500,000 new businesses every year. Small is beautiful, but SMEs can make themselves look a lot more attractive – and a lot more profitable – by negotiating better.