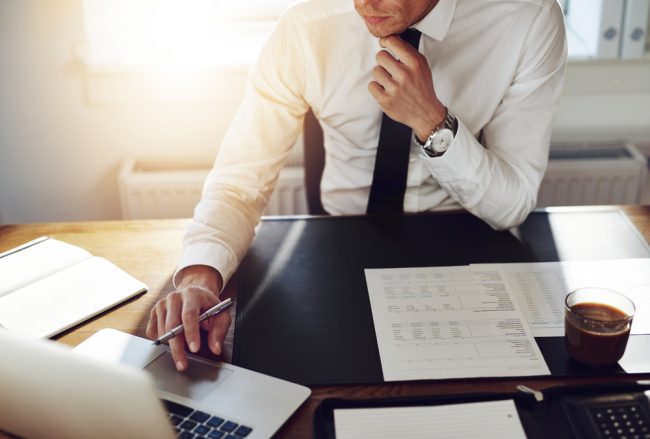 The relief is generally well known, at least in terms of its essentials; it simply describes a favoured 10 per cent rate of capital gains tax which applies to gains realised on the sale of a business, whether as a sale of shares in a trading company or the sale of goodwill in an unincorporated business, typically a partnership.

The relief is well named: it seeks to incentivise entrepreneurial individuals, typically, but not limited to, the founders as it extends to all those having a minimum ownership stake (whether as shareholder or partner) who are actively involved in the business.

The relief is relatively simple.  Where the business is unincorporated (a sole trader, or more often, a partnership) it is sufficient that the individual has held his or her interest for a period of 12 months to the time of the sale.  Where the business is incorporated the individual must hold 5 per cent of the ordinary share capital and voting rights and be an employee or director, again for a period of at least 12 months to the time of the share sale.  The essential elements are therefore straight forward: a minimum ownership requirement coupled, in the case of a company, with a directorship or employment (neither of which need to be full-time roles) satisfied over a 12 month period to the date of sale.

Perhaps as a result of this simplicity the relief has proved successful.  It has increased in cost some 6 times since its introduction in 2008/09. This may be attributed to its simplicity although part of this additional cost must be attributed to the extension of the relief: not least its extension to shares acquired pursuant to options under the Enterprise Management Incentive Scheme (a tax favoured employee share option scheme targeting key hires and employees).  Here the relief is available simply by virtue of the fact that the shares were originally acquired pursuant to the rules of the EMI scheme.

However, part of this additional cost, which had reached £2.9billion by 2013/14 is attributed by HMRC to abusive behavior by certain taxpayers.  It is not surprising therefore that limiting the scope of the relief has been firmly on HMRC’s agenda in recent years.  Whether judged abusive or innovative certain of the “remedial” changes were to be expected.  The ability to incorporate a business into the owners’ own company by way of a sale of the goodwill for a cash consideration and at an effective tax cost of 10 per cent was always likely to be stopped and, given the objective of the relief, perhaps reasonably so, in the absence of any sale of the business to a third party . Similarly, HMRC have recently taken steps to target phoenix companies in order to deny entrepreneur’s relief on gains realised on a liquidation where the trade recommences in a new company in the same ownership.

The restriction on entrepreneur’s relief with respect to joint ventures was perhaps neither: that is anticipated or reasonable. Happily the changes introduced in 2015 have now to some degree been reversed in the current 2016 Finance Bill.  These are relatively technical changes (save for those affected!) but nevertheless indicate the increased level of HMRC scrutiny with respect to the relief.

Perhaps more surprising are the areas which HMRC, currently at least, have not addressed.  The ability to access the relief by directors and employees who do not undertake a full-time role is at odds with similar reliefs under both the income tax and capital gains tax codes. The absence of a full-time employment or directorship requirement for those accessing entrepreneur’s relief (other than under the EMI extension) offers the ability to introduce a spouse in an employment role disproportionate to the shareholding interest provided.  While it is always open to HMRC to contend the employment or directorship lacks true economic substance it is surprising that the legislation has not been amended to put the matter beyond doubt.

Entrepreneur’s relief is only available for shares in a trading company where the activity undertaken does not consist “to a substantial extent” of non-trading activities.  What is “significant” is ultimately a matter for the Courts to decide, although HMRC has provided guidance and broadly regards 20 per cent of any relevant metric (for example, profits, assets, management time) as relevant in determining whether an activity is significant.  The position of so called “surplus cash” creates a potential issue here.  Is the holding of accumulated profits in the form of cash a non-trading activity: and if it is, does it represent a significant activity having regard to the various metrics that might be considered?  Certainly in terms of management time and contribution to profit (given current low rates of interest) it is unlikely to be significant although the surplus cash may represent a significant asset on the balance sheet.  HMRC are clearly concerned over the ability to accumulate profits and ultimately extract these profits on a sale or liquidation with the benefit of a 10 per cent tax charge.  Given HMRC’s uncertain ability, based on the current state of the law, to police such planning for money box companies it seems probable that this is a further area for which legislative change might be anticipated.

Tax Partner at haysmacintrye, Neil advises on a range of tax issues focusing on transactional matters and tax structuring, particularly for early stage businesses and those preparing for, or seeking an exit. He has wide experience of advising on the impact and mitigation of direct taxes in the course of business transactions generally and those related matters as they impact on the owners and their key employees.
View all posts

Tax Partner at haysmacintrye, Neil advises on a range of tax issues focusing on transactional matters and tax structuring, particularly for early stage businesses and those preparing for, or seeking an exit. He has wide experience of advising on the impact and mitigation of direct taxes in the course of business transactions generally and those related matters as they impact on the owners and their key employees.