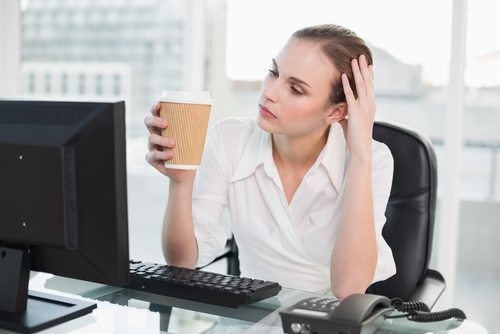 But does he use those skills in the job that he does, or does he do exactly what she does? ‘They do the same thing’ comes the reply. So he has more skills and experience and he is rewarding him for it. Great I cry, or is it? It is really only valid to do that if the experience leads to doing more complicated work and so deemed ‘reasonable’ to pay him more. If in fact they do exactly the same then yikes I need to investigate further to ensure I protect my client’s company from a dreaded equal pay claim.

So what is an equal pay claim and why is equal pay an issue? According to a study by the Chartered Management Institute women on average take home 10% less in their pay packets than their male counterparts and the gap is widening if bonuses are taken into account; hardly fair if they are doing the same job surely?

ACAS states ‘employers must give men and women equal treatment in the terms and conditions of their employment contract if they are employed on:
• ‘like work’ – work that is the same or broadly similar
• work rated as equivalent under a job evaluation study i.e. given an equal score although may be completely different roles
• work found to be of equal value in terms of skill or ability, for example
A woman is employed on ‘like work’ with a man if her work is of the same or a broadly similar nature. It is for the employer to show that there is a genuine reason for any difference in pay, which is not based on the sex of an individual.’

So how do you know if you have any issues? Hopefully not by being issued with an ‘equal pay questions form’ by a disgruntled employee to obtain information from you to find out whether they have a case, or through your on-site trade union raising a complaint. Instead you could be more proactive and undertake an audit of all your staff by calculating the average pay of all the woman in your company versus the average pay of all your men. If that shows a huge discrepancy you may wish to then drill down further by comparing the specific job titles and roles. Where there is a difference you need to be able to identify and justify why. This however merely identifies an issue, it doesn’t address it. I will come back to that point at the end.

So how can you ‘justify’ a difference if you find one, if justification is needed rather than correction? There is something called ‘the material difference defence’. This is where men and women ARE being paid differently for the same or similar work, and the reason is due to a ‘material factor’ and this material factor does not itself contain any element of sex discrimination. So what counts as a ‘material difference’?
• Location – such as giving more money due to London weighting, where you recognise it is more expensive to live somewhere and pay accordingly.
• Experience – as I said at the start it is only valid if that difference in experience is actually meaning they do more complicated work.
• Red circling – where you may have moved an employee through a restructure and agreed to maintain their previous rate of pay and not increase it until those doing the same work catch up
• Differences in overtime and shift pay, with some jobs attracting higher rates,
• Some jobs being paid commission or some receiving bonuses but others not
So what do you do if you find differences in men and women’s rate of pay?
• Identify if the reasons are ‘sound’ and justifiable’ and if so make a note of them for future reference
• Deal with the differences immediately, or at least put a plan in place to demonstrate how you are addressing it if the cost is too prohibitive to do in one go
• Ensure good practice implementation of such things as part time working and flexible working to ensure discrepancies do not creep in
• Build awareness in the business to help combat inequalities between the sexes.
And remember this isn’t a one off issue, inequalities can creep in at any time so keep a watch, undertake your informal audit every few years or so, and address any issues as soon as you find them.