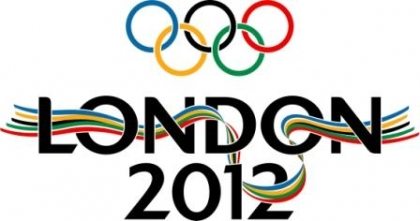 It is no surprise  that commercial organisations of all kinds want to be associated with the event and why the Olympic symbol is one of the most protected in the world. With the Olympic Games coming to London in 2012 the Government has enacted the London Olympic Games and Paralympic Games Act 2006 (the 2006 Act), which came into force on 30 March 2008. The 2006 Act restricts unauthorised commercial exploitation of the London Games.

Ambush Marketing
The legislation aims to stop unauthorised parties from gaining a commercial benefit by associating themselves or their products with the London Olympics. Such unauthorised association is known as ‘ambush marketing’ and there have been numerous high profile (and successful) examples in the past:

In an attempt to curb campaigns like these, the Australian Government introduced legislation for the 2000 Sydney Olympics which restricted the use of certain words in Olympic advertising, and to this extent the Government has followed suit with the 2006 Act.  Without tough legislation protecting official sponsors from being “ambushed” in this way, Games organisers would find it virtually impossible to raise the millions of pounds of sponsorship money (£700 million in the case of London 2012) required to stage a successful Olympics.

The Olympic symbol is already well protected with the Olympics Association Right (OAR). As well as the usual remedies available for an infringement of a property right, The Olympic Symbol (Protection) Act 1995 Act also criminalises various acts relating to infringement of the OAR.
The 2006 Act creates the new London Olympics Association Right (London OAR).
The London OAR has been created to deal with those who will inevitably try to get round the original OAR by making an association with the London Olympics without using any of the representations covered in the 1995 Act. It gives the London organisers the exclusive right to use any visual or verbal representation in a manner likely to create an association in the public mind between the London Olympics and goods or services or a trader in goods or services, with association having a very wide definition.

Practical advice for advertisers
Any individual or business hoping to make a commercial benefit from an association with the London Olympics needs to be very wary of the effect of the 2006 Act. The intention behind the 2006 Act is clear: no person should make any commercial benefit from an unauthorised association with the London Olympics whatsoever. The key points to note are as follows:

Anyone seeking to commercially exploit an unauthorised association with the London Olympics needs to appreciate that if the 2006 Act works as intended, they will face fines if caught. Even those who are not seeking to exploit a commercial gain should be careful to avoid any reference to or connection with the London Games, or else risk falling foul of the strict new regulations.