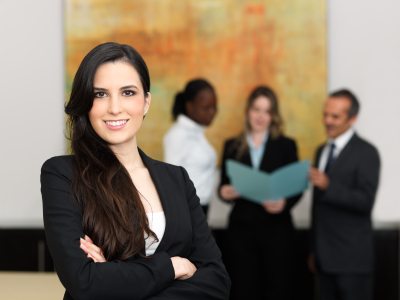 It came on the back of a survey by Allen & Overy LLP which questioned more than 1,000 office workers to find out what your average Joe/Jane Doe in the workplace felt was still appropriate to say and joke about. They wanted to establish if the workers of today could distinguish between banter and bullying. 80 per cent said initially that they could but questioned further, it appeared that the lines were more blurred.

At home, we may make remarks about the wife’s parking? We might poke fun at the husband for not being able to do more than one thing at a time or at the mother who can barely find the on switch on the computer. Do these comments resonate with you? (I’ll hold my hand up to the mother remark – on this occasion because it’s true, she can’t!)

These comments may even be commonplace in a work environment, but these very remarks can get you, the employer, into hot water. Apparently 46 per cent still feel those naked calendars and pictures are acceptable to be openly displayed at work, blissfully unaware of any potential unlawful implications; unaware that these could be perceived as creating an intimidating, hostile or offensive workplace. 72% think cracking ‘baldy’ jokes is ok at work, and 59 per cent said they didn’t think it was unlawful to swear at work, despite such swearing, if based on a legally protected characteristic such as gender, potentially leading to a discrimination claim.

The most interesting though for me is that 78 per cent wouldn’t think twice about giving a colleague a gift at work, even if they didn’t know them that well. Some of you will shudder at that, others will question why it’s an issue. The issue is, it’s not how it’s intended, rather how it’s received and in law it being ‘common place’ , is not a defence, nor is that it was intended as a ‘joke’ if someone takes offence and raises a claim.

Let me put that last one into context. When I worked in the ‘corporate world’ I had to deal with a complaint from a woman in her early twenties. She had received a beautiful black dress from a secret admirer, all nestled in red tissue paper and boxed with a big ribbon. Wow I hear some of you cry, but she was horrified. Why? Because it was sent from someone she hardly knew, in a different department to her, and he was a little, er, odd shall we say. She felt threatened and scared by the act, unnerved if you will.

Fortunately we were able to ‘nip it in the bud’ as it were and after a gentle chat with the chap, an informal apology from him if he had caused offense, and that he had in no means intended to, we were all able to move on. This one thoughtful and yet thoughtless act could have so easily blown up into something much more serious, but for the practical approach we took.

So hands up, how many of you have a spare £9,940 in your business bank account to give away? No? Really? Funny that, I thought not. Well that was the average pay out in an employment tribunal during 2012 for discrimination/harassment and bullying claims. A sobering thought.

So, how can we protect our staff from unwanted comments and actions, protect the business from claims and yet still keep that friendly environment we all pride ourselves on? I have a few suggestions below:

First, have a clear policy, a set of guidelines about what you and your company believe to be appropriate and inappropriate and the consequences of failures to follow these guidelines. I’ve said it before, it is more critical than ever to make sure your staff know what they can say and do, or, as importantly, what they can’t or shouldn’t.

Next, communicate that policy. Please don’t go to the time, and expense of having it if it’s just going to be stuck on a shelf or in a drawer. Let the staff know, share it with them. It’s important to raise individuals’ awareness of others’ feelings through training and briefings, including giving examples of what can offend people. Maybe a spot of diversity and equality training wouldn’t go a miss?

Then you and your managers/supervisors must set the standards of behaviour and must ‘walk the walk’ and ‘talk the talk’ to create and reinforce the atmosphere you want. Challenge anything you think inappropriate and also allow people a forum to raise concerns in a positive way, ensuring their concerns are heard and taken seriously.

That’s my next key point – listen and act if a matter is brought to your attention. It’s often this which is overlooked and leads to the formal claims and litigation following; the failure to take an issue seriously. Such was the case in Heafield v Times Newspaper Ltd (2013) UKEAT, which went all the way to the Employment Appeal Tribunal. Heafield’s boss used a swear word in the same sentence to the then Pope, Heafield took offence as a practising Catholic and tried to raise it informally. It was only after he felt his complaint had not been appropriately dealt with he took it formally. So, by addressing things early these external claims can be prevented.

But this particular case should provide some comfort. It was determined that the particular comment was not malicious or anti Catholic, and while the boss shouldn’t have sworn a ‘reasonable person would have understood that and made allowance for it’. Drawing from the Equality Act 2010’s ‘catch-all’ provision which means a person’s reaction has to be reasonable, it seems that tribunals will use common sense in determining what is considered as harassment or bullying and consider all the circumstances when a member of staff fails to be appropriate or is not politically correct. As this case clearly shows, context is key.

Which is my final recommendation, deal with any such concerns and grievances raised to you on a case by case basis, with full knowledge and appreciation of the facts, with a good deal of diplomacy, and total regard for all concerned.

We all know there’s a fine line between friendly, acceptable fun banter and the things that turn into unlawful harassment or discrimination. Addressing this isn’t just being ‘politically correct’, or having to join the ‘bland wagon’ it’s more about appreciating the litigation risks or the impact on individuals and creating the right environment for your workplace where everyone feels included, and feels able to raise concerns and be supported.

So what do you feel is the best approach? Share your thoughts @3domSolutions