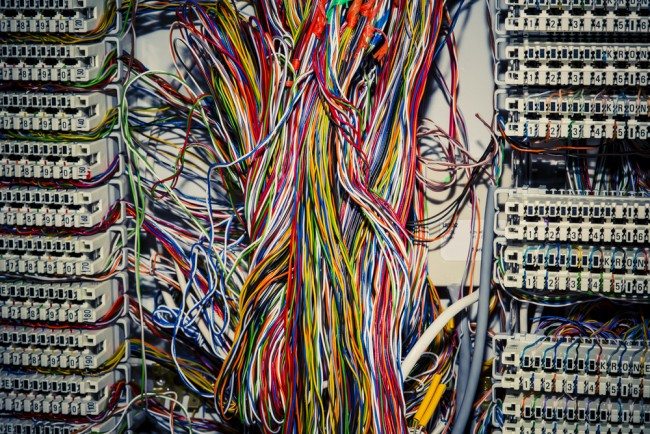 It’s common practice for companies to compare themselves to the market leader in their sector – but when it comes to telecoms companies it’s also seen as an opportunity to make some exaggerated marketing claims – claims that do not stand up to reality.

Recently Ofcom announced it is taking the investigation into Unicom further as it believes Unicom provided prospective customers with misleading information about its fixed-line telecommunications services.

Unicom’s marketing literature was, and still is, focused on how its prices are 48 per cent cheaper than BT. They are not alone – many telecoms companies do this. You have to find the small print to fully understand what they are actually comparing the costs against. Not wishing to defend BT, but we know of companies who have moved away from Unicom and saved 70 per cent.

Unicom has tried to pursue debts and penalties leading to a website being set up by one dissatisfied customer www.unicom-complaints.co.uk which tries to bring people together and bring Unicom’s behaviour to the attention of the authorities. If you click on the ‘Links’ tab on the site, you will find around 1000 individual complaints about Unicom and their sister company Titan Telecom.

Dave Millett of independent telecoms broker Equinox has even seen them try to claim penalty charges even though the contract had expired.

According to Equinox another favourite marketing ploy is that which compares on just one element, such as the line rental or UK calls. We have seen companies selling phone lines at or below wholesale cost but then finding their call prices are twice or three times the market average. It is important that the customers look at the whole package and watch out for tricks such as minimum charges and calls being rounded up to the nearest minute.

So, as with much marketing, there is an element of truth but it is not always the whole truth and nothing but the truth. For the thousands of Unicom customers it will be worth watching out for the Ofcom ruling – it might be the telecoms equivalent of PPI.

Here Dave Millett outlines a few other ‘tricks of the trade’ used by less scrupulous suppliers to exploit small businesses:

Some tricks include having a minimum term box on the front page which the sales people are encouraged to leave blank as on the reverse in the small print it says if minimum is blank the contract is deemed to last five years.

A more subtle ploy is to split the duration for different services e.g. lines for five years and calls for two years but with the focus on the latter and with small print saying pricing only relates if you take two or more services.

Beware; ‘nothing free in this life’ applies here. The usual practice is to imply there are savings on lines and calls without actually stating what the new prices are, or quoting for fewer services than are currently in place. You can find yourself paying £15k for something worth less than £3k. To read about one scam perpetrated on a Charity click here.

Another trick is to compare their prices with BT. However BT’s standard business rates are effectively their price list and bear no comparison to what is offered in their normal deals.

A second favourite ploy is a price comparison which compares just one element, such as the line rental or UK calls. For example, one advertises 77 per cent savings on landline rentals, but neglects to highlight that the price is for six months only in a two year contract.

And the final trick; the potential new supplier will make assumptions about your calls which are deliberately inaccurate.

Many suppliers will say their full list of prices and terms and conditions are on the web – which most businesses don’t bother to read. It also means you have no idea if they get changed after you sign up.

On larger business mobile deals there will inevitably be a hardware fund with which to buy replacement handsets at the outset and during the contract. A favourite trick is to inflate the value of the hardware so that it looks more impressive. However, they also inflate the costs of the phones by a higher percentage.

Many suppliers charge outrageous penalties if you leave and some send out nasty threatening letters to prevent people leaving. However they need to be reminded they must comply with the Ofcom guidelines and as a result not make additional profits by not supplying the services.

Finally, before you sign make sure the company is signed up the Telecoms Ombudsman scheme, particularly if you employ less than 10 people, as you get binding arbitration in the event of a dispute.

In conclusion, if you are in any doubt what you are signing up to it is best to put into writing your interpretation of the contract and ask the company to confirm or deny. You should also state that the contents of the email supersedes the contract where there is a conflict. This should help to filter out some of the worst abuses, but also beware if a deal looks too good there is probably a catch.