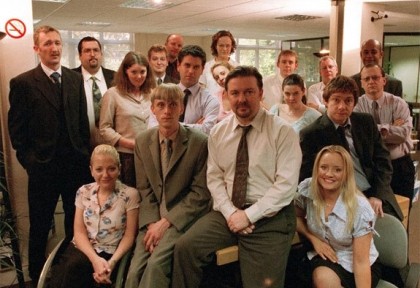 Unfortunately, humour is a very personal thing and what some people
find funny others might not and, in some cases, what one person finds
amusing someone else might find offensive. This can cause a lot of
difficulties for employers because they need to find a way of striking
a balance between protecting employees from comments that they find
offensive and turning the office into a joyless workhouse that sucks
the life out of everyone who works there.

From a legal standpoint, employers have an obligation to make sure that
the working environment is not one that employees will consider hostile
or undermining to their dignity at work. Where this happens employers
can find themselves at risk of a claim for discrimination or
constructive dismissal as a result of harassment. This is especially
problematic because the definition for harassment is fairly wide, which
can make it very hard to identify and prevent.

Generally, harassment is defined as a course of conduct intended to
cause alarm and/or distress. Where this occurs in the workplace it is
usually easy to identify because it is an intentional act which would
normally be viewed as bullying. However, it can also relate to words or
conduct that is unwelcome to the recipient. This means that it can
apply even though there is no intention to cause offence and if the
person affected has not given any previous indication that they object
to the words or behaviour. It is a question of perception and as long
as the person is not being unduly sensitive then it can be considered
harassment if the individual considers the behaviour unacceptable and
perceives that they are being treated less favourably.

The key for employees is that if they do object to any sort of
behaviour or language then they should say so. If a reasonable person
would understand that the individual was objecting to the language or
behaviour then any continuation of it would generally be regarded as
harassment. For employers, the obligation is to take such steps as are
reasonable in order to prevent such instances occurring. A robust
grievance procedure (or a specific personal harassment procedure) that
employees are aware of, helps to identify and tackle issues and the
employer should make it clear that it will always listen to any
concerns that an employee may have with an open mind.

However, the common mistake that most employers make is in thinking
that having policies on discrimination, bullying and harassment is
enough. These policies are a good starting point but companies need to
act to make sure that these policies are applied and that ongoing
information, support and training is given in order that employees are
made aware of the correct approach for dealing with fellow workers in a
non-discriminatory and fair way.

The last thing that we would want to recommend is that humour should be
banned from the workplace. However, employers should pay close
attention if there are employees who have the tendency to tell jokes
that may be considered a little close to the wire or play practical
jokes to ensure that this behaviour isn’t found offensive. If there is
an employee who has a tendency to make comments which they then follow
by saying “I’m only joking” then the fact that they have felt the need
to qualify the remark would tend to indicate that they are fully aware
that the comment could be found objectionable. Similarly, practical
jokes should, in general, be discouraged as they have a tendency to
escalate (sometimes to the point where they can pose a health and
safety risk) and, if they are regularly played on one person, then the
recipient can feel victimised.

Work can and should be fun, wherever possible (after all it is work so
there are limits) but bullying and harassment are not. Employers have
an obligation to protect the wellbeing of all their staff, so you need
to keep an eye out to make sure that the fun does not get out of hand.
Make it clear that employees can raise any issues if they feel
uncomfortable about any behaviour at work, and tackle it early so that
it doesn’t develop and fester.

As an employer, you should encourage your staff to find out what their
colleagues find acceptable and remind them of the need to respect each
other. As long as your employees feel that they are in an environment
where they are respected as an individual then they are less likely to
feel that they are being treated in an unreasonable way or that their
concerns will not be listened to. Sadly, Tribunal claims can occur as a
result of jokes in the workplace and these are no laughing matter, so
it is important that you take steps to keep any humour within
acceptable limits.

Peninsula Business Services provide advice to 19,000 employers and are the UK’s largest Employment Law and Health and Safety consultancy.