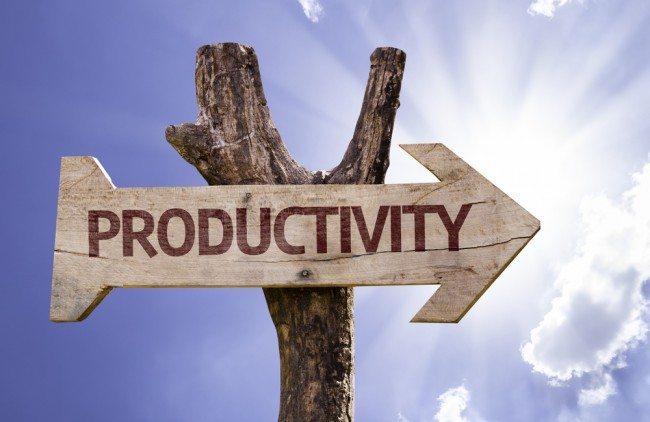 Ever get to the end of the workday and wonder where the time went? At 4:54 p.m., I’m having that experience myself right now. It turns out that the way our workplaces and work lives are structured saps our creativity, energy, efficiency, and even our health.

To help us all fight back, the folks at TED have assembled a playlist on life hacks, offering a number of clever ways we can help both ourselves and the people who work for us get more done in a day. In our chronically time-pressed lives, it’s worth taking the time for these talks, most of which take less than 10 minutes to watch, says inc. Together, they teach some simple but powerful lessons about how to take back your time:

No one needs a TED talk to understand what a time suck most meetings are. (In fact, 17 percent of employees would actually prefer to watch paint dry.) A few years ago, information security manager David Grady posted a video to YouTube making fun of the inefficiencies of conference calls. That video has been viewed more than a million times, with viewers ruefully commenting that it described their lives. Unnamed major corporations use the video to train employees in what not to do.

But if we can all agree that meetings are a massive time suck on a global scale, what can we do about them? Grady suggests a solution: Instead of agreeing to every meeting invite you get (which he calls Mindless Acceptance Syndrome), click “Maybe,” and then ask a few respectful questions about what the goal is for the meeting and how your presence will advance that goal. Without a clear agenda, goal, and reason for you specifically to be there, consider not attending. If it’s a status, or check-in, meeting, request an email instead.

2. Your body can help you work better.

This may not help boost efficiency but it definitely can increase effectiveness and make you more successful. Social psychologist Amy Cuddy discovered in her research that while our body language affects how other people see us (which we all knew), it affects how we see ourselves as well. Not only does this make “fake it till you make it” a really good idea, you can actually boost your self-esteem. What’s more, it can lower cortisol, a hormone associated with stress, and boost testosterone, a hormone associated with confidence. (Testosterone is present in both women and men, though men have more of it.) You can achieve all this by spending just two minutes a day on a simple body-language exercise. Cuddy explains how in this inspiring talk.

3. You don’t have to choose between work and health.

So many of us feel that we do, but Nilofer Merchant, author and fellow at the Martin Prosperity Institute, found a simple way to combine the two: conduct meetings while walking. This powerful tactic, also used by Steve Jobs and many other entrepreneurs, has multiple benefits. For one thing, it gets you up out of your chair, which can add years to your life. For another, walking meetings tend to be more creative, more informal, and more productive as well. Merchant says she’s up to 20 miles of walking meetings per week.

Forget multitasking, try monotasking instead, advises product designer Paolo Cardini. It’s not exactly news that multitasking leads to inefficiency, and will even lower your IQ. But Cardini also puts his money, or at least his 3-D printer, where his mouth is by designing cases that make multitasking impossible by taking smartphones down to one function–only a phone, or only a compass, for example. The idea is to bring our world into more singular focus, with only the sound of a friend’s voice to pay attention to, or only the four cardinal directions to help us wander Venice, rather than all of Google Maps.

I won’t be buying one anytime soon, and I bet you won’t either. But the notion behind these items–that we should shut down the constant flow of digital information and limit our attention to one simple thing instead–is one we should all practice, at least once in a while.

5. Controlling your own distractions will help you the most.

That’s one reason meetings are so lethal–because they cut into your workday and may interrupt you just as you’re getting into the flow of your work. And that’s a universal problem with office work, argues Jason Fried. He has been asking people for a decade where they get their best work done. Their answers, which range from “the den” to “a plane” to “anywhere, so long as it’s really early or really late,” all have one thing in common: They allow the speaker to control whether and how he or she is distracted.

That’s the problem with offices, Fried explains. Because it’s difficult or impossible to control when and whether you are interrupted, you’re forced to work in brief spurts, sometimes as little as 10 to 15 minutes at a time. And trying to put in a day’s work that way is just as efficient as trying to get a night’s sleep in 10- to 15-minute increments.

Instead, if you and/or your team simply must work in an office, he proposes three ways to limit distractions and boost productivity: First, pick a day, or a portion of a day, when no one in the office is allowed to speak to anyone else, giving your employees uninterrupted time to concentrate. His next suggestion, though it may seem counterintuitive, is to transition from real-time communication, such as dropping by someone’s office or phoning or texting, to email, instant messaging, or collaboration tools. These things may seem distracting, but because they allow the choice of when to pay attention to them, you’re giving employees back some uninterrupted work time.

His final suggestion? No surprise–cancel your next meeting.