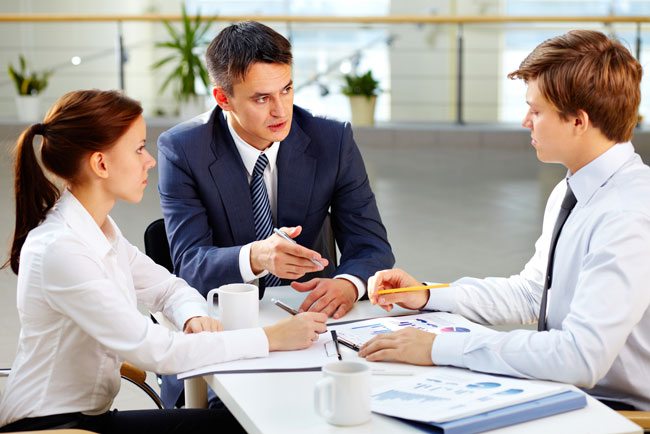 When it comes to leadership attributes, competency was considered the most important. Being a good communicator was next, with trustworthiness rated as the third most important attribute.

A good leader has the self-confidence to embody all these attributes. However, not every leader is naturally confident – some are very shy and have had to work hard to develop their self-confidence and succeed.

Take Sir Terry Leahy, the former boss of Tesco, Britain’s largest retailer and one of the most successful leaders in British business in recent times – he describes himself as, ‘quite shy and not overly confident’. Yet in spite of his lack of confidence, Leahy grew Tesco’s market share in the UK from 20 per cent to 30 per cent in his 13 years at the helm, expanded the brand overseas and annual pre-tax profits cleared the £1bn, £2bn and £3bn marks in succession. Leahy believes that leadership skills can be developed, but that confidence is essential in terms of garnering support from others. In a recent interview he commented: “Everyone has the ability to step forward and be a leader in a certain situation but to do that they have to believe in the organisation and know that if they do step forward they will be supported.”

What happens when leaders lack confidence?

Commonly, when leaders lack confidence they tend to mask their weaknesses with bravado and this is when problems occur as others perceive these characteristics as arrogance. Such leaders mistakenly think they can’t show any vulnerability because they’ll look weak so instead create a persona they think looks better. However, there is a danger that this type of leader comes across as a ‘know it all’, they tend to micro manage people and fail to listen to others because only they know what needs to be done. They are unpopular with their management team and staff but their frail egos can’t cope with being challenged in any way. Dictatorial leaders like this will create poor working environments – founded on fear. People don’t feel valued and just do as they are told to avoid rocking the boat. This kind of culture lacks innovation and stifles creativity as employees are too scared to come up with new ideas or challenge the status quo.

Confident leaders have a different way of thinking; they celebrate their own achievements in a humble manner. They also accept their strengths and weaknesses in a constructive and balanced way and they may look at their lack of experience as something they haven’t developed yet.
They listen to what others have to say and surround themselves with colleagues who will challenge and support them. Richard Branson is a classic example of a leader who surrounds himself with experts. He might be the face of Virgin but he empowers his management team to run the business.

So how can leaders develop self-confidence?

Develop greater self-awareness – By developing self-awareness leaders can understand their strengths and weaknesses in a balanced way. Acknowledging weaknesses or areas of development in a constructive manner helps people to improve them and to see them as challenges rather than obstacles. Hiring an executive coach may help to do this within a safe, but challenging environment.

Manage inner dialogue – Often people are overly critical of themselves with the intention of improving and motivating themselves to be better. Unfortunately this sometimes erodes all confidence. It is important that when people experience negative self-talk, they recognise it as such, stop it and become more constructive. For example, a person may make a mistake, and berate themselves for being stupid. Clearly, such negative self-talk won’t help. Instead, they must take responsibility for the mistake, and turn the situation on its head so it is more positive. They could think for example, “I was careless in this situation and in future I will pay more attention and learn from this”. In essence, people should be kinder to themselves.

Don’t be afraid to fail – Many entrepreneurs have failed during their working lives and gone on to achieve great things. Richard Branson started almost a hundred companies in his career many of which failed, however, people only remember his successful companies.
Fear of failure often stops people from doing things. One way people can tackle this head on is by choosing to do one thing each month that they fear and tackling it, such as making a presentation to a group of people, or attending a networking event alone.

Ask for feedback – Requesting feedback shows a huge amount of courage but it can really help people see their blind spots. When receiving feedback, it’s important to be open and not defensive about it.

Find a mentor- A mentor can often provide leaders with guidance, unbiased support and challenge. The key is to find someone who is balanced and provides constructive feedback. A leader may wish to choose a mentor who knows them sufficiently to identify their key strengths, this will then enable the leader to apply those key strengths in their day to day work.

Work with an Executive Coach

Hiring an Executive Coach can help leaders develop greater self-awareness and self-acceptance. An experienced executive coach will encourage a person to identify areas where they lack confidence and focus and draw upon other areas in their life where they feel more confidence. Executive coaching also helps individuals evaluate experiences in a more positive light and look at past experiences which may not have been successful as opportunities to learn rather than mistakes.

An executive coach can help individuals:

· Recognise they have power to control their level of self-confidence