Whenever I’m talking to salespeople or business owners about online sales tools, the one that they mention most often is LinkedIn.  Yet I’m often amazed at how many people admit they don’t really use it properly – and even those that ‘think’ they’re using it properly don’t get the sales results they could from it.
Even worse that, some people make various ‘sales mistakes’ over LinkedIn – often without realising – that cost them valuable leads, connections and ultimately sales.
If we’re not connected already, connect with me here – for specific ideas on how to get better results for your time spent on there, but in the meantime, here are the 10 biggest sales mistakes people make on LinkedIn……
Sales Mistake Number 1 – Not Having A Good Profile Picture
LinkedIn is an online networking site.  What’s one of the most critical factors in networking?  People getting to know you, like you and trust you.  And that’s even more important in first impressions online.  Yet many people don’t have the best picture when you click on their profiles!
So what do I mean by not having the best picture?  Well if you’re on LinkedIn for business development reasons (and most of the people I speak to are) then you need a good, clear picture of you (so people can see what you look like and recognise you ‘offline’ if necessary).  It also needs to show you in a ‘professional’ light, not look like a picture that belongs on Facebook instead!  That doesn’t help your professional credibility – and if you’ve got a company logo there instead – even worse!
Sales Mistake Number 2 – Having A Twitter ‘Feed’ Into LinkedIn
This is even more serious than the last point!   With the advent of ‘Social Media Automation’, it’s very easy to put automatically put your twitter feed straight into Facebook, LinkedIn etc – but just because it’s easy, it doesn’t mean it’s a good idea!
What most people forget is that they’ve changed ‘platform’ (from Twitter to LinkedIn for example), so there’s also a change of context.  What might be acceptable on Twitter can actually be VERY DAMAGING on LinkedIn!
For example, one of the things LinkedIn does that Twitter doesn’t is store previous status updates on your profile page.  So all the people you’re trying to impress and gain professional credibility with, are now reading your late-night Twitter updates about how many bottles of wine you’ve drunk, what you think of a particular football team, or which person on television you fancy – don’t laugh because I’ve seen it hundreds of times!  It’s safe to say – those people have DEFINITELY lost business because of that! 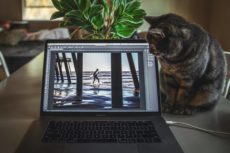 The importance of personalised flexible benefits