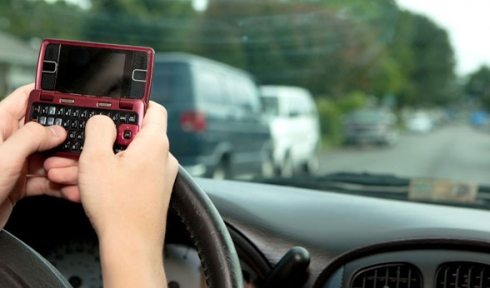 Despite admitting that they were breaking the law, almost one in 10 drivers were found to use mobile internet services and social networks whilst driving, it found.

Almost half of drivers find alerts from mobiles, iPhones or BlackBerrys “very distracting”.

Amid growing numbers were “tweet”, texting and updating their Facebook profiles while driving that was a “cause for concern”, the survey for online insurer, esure, found.

Almost half of drivers “openly admit” to breaking the law by texting and making calls while driving, the survey, of 1000 people, found.

Analysis of UK ‘tweets’ from Twitter over the period of just one week showed the extent that people were breaking the law.

One person even tweeted “I can’t believe how bad my spelling was in my last tweet. A testiment (sic) to not tweeting whilst driving!”

American research found that drivers were 23 times more likely to have an accident while texting or reading emails while driving.

The new trend has prompted Gwent police producing a harrowing film depicting a young girl whose distraction by her mobile phone leads to a horrific crash, which kills her two passenger friends and another couple, which has become one of the most watched clips on YouTube.

Mike Pickard, head of risk and underwriting at esure, said messages being posted on Twitter “from behind the wheel are a real cause for concern for the safety of other motorists and pedestrians”.

“With advances in technology and the rise in mobile phone applications available, motorists are being increasingly distracted whilst behind the wheel – especially as constantly updating friends and family on what we’re doing is now becoming the norm,” he said.

“Our advice to motorists is to remove this temptation altogether by switching off all mobile technology before driving to ensure focus solely remains on the road ahead.”

A selection of UK driving ‘Tweets’ from the past week: