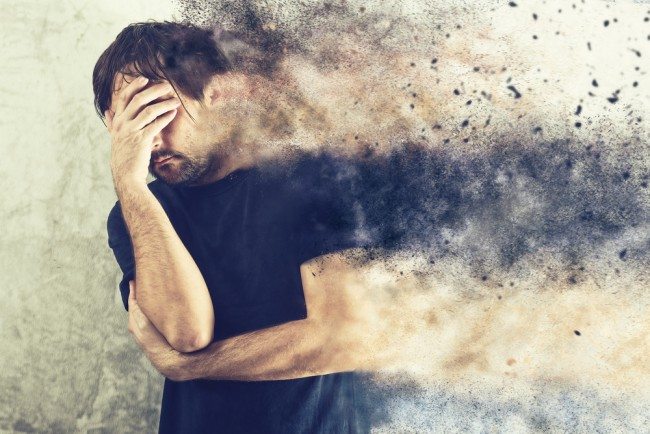 While it is good to see that mental health in the workplace is being discussed regularly on social media and in the news, we will know it is being recognised appropriately when it’s being discussed on the same basis as physical injury. For example, we will know we are dealing with the issue of mental health in a balanced way when we’re discussing it with employees on the same basis as a back injury or broken leg. Of course mental health is more complicated than a broken leg, there are no quick fixes, but the good news is that support is available.

According to ‘Well at Work’, an initiative run by the Hammersmith and Fulham branch of mental health charity Mind, 1 in 6 employees are experiencing stress, anxiety or depression at any given time.    So it is all around us and while our default is to say some stress is a good thing, employers of all sizes need to be prepared to provide support to those who need it when the stress tips over into something acute and incapacitating.

‘Well at Work’ report that poor mental health costs UK businesses £1,035 per employee each year in lost productivity. This highlights how important it is to care about employee wellbeing. Keeping your people well at work is good for them and your trade.

As a sick pay insurer whose model is based on getting a Case Manager to the absent colleague early enough to make a difference, we see first-hand how the benefits of early intervention and employer awareness can help SMEs support workmates living with a mental illness.

The stigma is real and it’s part of the problem

Fundamentally poor mental health is a serious illness like any other illness. Yet a lack of awareness from employers as to its seriousness and how it should be addressed can result in a situation where the person is left to cope on their own.

With 1 in 4 people in the UK suffering from a mental health issue every year (Mental Health Foundation), one wonders why talking about it is still such a problem. But it is.

In our work as an insurer we see situations from an objective standpoint where it is clear to us what should be done. But these situations are very difficult for the employer particularly if the individual’s colleagues are not inclined to start from a generous place.

One of our policyholders had an employee who was diagnosed with Bipolar Disorder and there was a disturbing incident in the office. He had been off work for 5 months before we were notified of their absence, which made the task of returning the member to work all the more difficult. It was quite clear to us the employer did not know how to handle the situation.

First point to make is that this is disability discrimination and the employer opened themselves up to a higher level of damages in any unfair dismissal action. Evidently managers just aren’t comfortable with dealing with mental health absences. So, how can we change this?

Employer awareness, early intervention and lots of talking is essential

Where there is good employer awareness of mental health combined with early intervention, employees are able to overcome unforeseen life events and stay mentally well.

Early intervention was key in a case where an industrial accident resulted in a catastrophic fatality. A nearby workmate was unfortunate to witness the tragic death of his colleague and it’s no surprise that this seriously impacted upon his mental health. He required immediate Cognitive Behavioural Therapy.

Thanks to the employer’s awareness of mental health and the support procedures they had available, after only four weeks away from the workplace, he embarked on an 8 week graduated return to work. By eight weeks, he was back on full duties and after 12 months, he was doing really well.

Further to the support provided to the individual, the employer implemented on site drop-in counselling sessions. This received a 50% uptake from the employer’s people and gave them a virtual tool box of information that they would be able to go away and access if they needed to.

This just goes to show how early intervention, utilising the correct expert help and company preparation can prepare an employer to act quickly and look after their people’s mental well-being.

You need to be prepared

The first step is to be familiar with good resources who can provide support for people living with mental health issues. You’ll want to develop a virtual tool box of support and information that you can sign post a member of your team to. Some great organisations include Mind who are a mental health charity, Campaign Against Living Miserably who are a prevention of male suicide charity and Samaritans, who will provide confidential support over the phone.

It would also be wise to consider embarking you and your employees on a Mental Health First Aid course provided by MHFA that will teach you how to identity, understand and help a person who may be developing a mental health issue.

External emotional support, such as telephone and face to face counselling, should be made widely available to your people and they should be reminded regularly how and where they can access the service. At Ellipse we provide a workplace support service called Support Matters which is an integral part of our sick pay insurance product, Sick Pay Complete. Support Matters makes counselling services and advice across a variety of topics easily accessible to employees in the workplace.

Once your people are thoroughly engaged in workplace mental well-being, another option would be to implement a buddy system. This is where an employee living with a mental illness is paired with a colleague and if that workmate notices any relevant symptoms they follow a framework to provide the appropriate help and support.

The results of tackling mental health head on ultimately mean that your people will be well at work surrounded by understanding colleagues, your productivity levels will be maintained and you’ll be leaps ahead in reducing the stigma around mental health in the workplace.

As a business leader, it’s up to you to step up to the mark and look after your people. Once you’re prepared you’ll set an example by being the person who never avoids talking about mental health generally or with one of your people who needs your support.