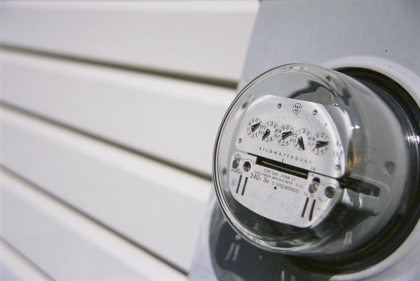 Members of the Forum of Private Business (FPB) have reported that several energy companies, in particular, are engaging in dubious billing practices and imposing rollover contracts, which tie businesses into renewed utilities deals, often with inadequate warning and at a much higher price.

The FPB is concerned that small firms are no longer protected by the dedicated complaints service that was once provided by the now-defunct Energywatch, the gas and electricity watchdog that has recently been replaced by Consumer Focus, ironically just as the UK enters one of the worst energy crises in modern history. The new body also covers postal complaints. Unlike its predecessor, which took 30,000 calls from small businesses every year, it does not provide a support line specifically for small businesses.

To make matters worse, Ofgem, the energy regulator, has dealt a blow to many small businesses forced to pay more for renewed deals by rejecting calls to outlaw roll over contracts. This flies in the face of the watchdog’s initial recommendation, made as part of its ongoing probe into the energy supply market, that suppliers should not be allowed to automatically roll over fixed-term contracts.

Following pressure from the big energy companies, which argued that such a ban would impose additional costs and hinder their business customers’ ability to plan energy budgets months in advance, the regulator performed a neat u-turn. Now, energy companies are likely to be permitted to roll over contracts for up to a year at a time.

“Most often only a single letter is sent out and a non-response is taken as a business being complicit,” said the FPB’s advisor on utilities, Colin Beake. “Business owners are extremely busy and, unless notice is given within the specified time to terminate these ‘evergreen’ contracts, utilities companies can just roll them over for a further year or two, sometimes at exorbitant prices. They rarely play fair,” he added.

However, amid the turmoil, advice, support and practical protection is available. Via its partnership with Utility Options, a leading utilities consultancy, the FPB can help save businesses thousands of pounds per year on utilities costs. Further, the not-for-profit organisation has negotiated a unique deal with Chess Telecom Plc, providing its members with a guarantee of best price and a promise that no roll over contracts will be imposed on telecoms deals.

Established in 1993, Chess Telecom is the only private sector organisation in the UK to win a Customer First Award and has achieved several other commendations, including being named as Trinity Mirror’s Cheshire Business of the Year and the Federation of Communication Service’s Service Provider of the Year.

“This is fantastic news for members of the FPB,” said Chess’ Sales Director, Warren Pryer, commenting on the new agreement. “Not only do members have peace of mind that they will not be tied into a contract for longer than the agreed period of time but, if they are approached by an alternative provider offering a cheaper like-for-like quote, Chess will match it.”

Further, back on planet energy supply, Ofgem itself has recently given a reason to be hopeful to businesses subjected to bullying billing procedures. It fired a warning to energy suppliers that it will investigate fully reports that some 250,000 small businesses have been forced to pay their energy bills up to seven months in advance. Ofgem also warned it could refer the industry to the Competition Commission if suppliers fail to voluntarily relax the new harsher payment terms.

Measures to mitigate the damage could include stating clearly on bills the date when contracts expire, giving business owners more freedom to plan ahead and switch to suppliers offering cheaper deals – something domestic customers are able to do much more easily. So far, these calls appear to have gone unheeded

Overall, given Ofgem’s previous u-turn, most business owners will retain little hope that enough will be done to help them guard against these routine abuses of power. In the continuing absence of a dedicated business support service, the FPB is calling for anyone affected by unfair utilities deals to get in touch.

If you’re a small business and need help finding the right utility supplier, telephone the FPB on 0845 612 6266, or click www.fpb.org for more information.