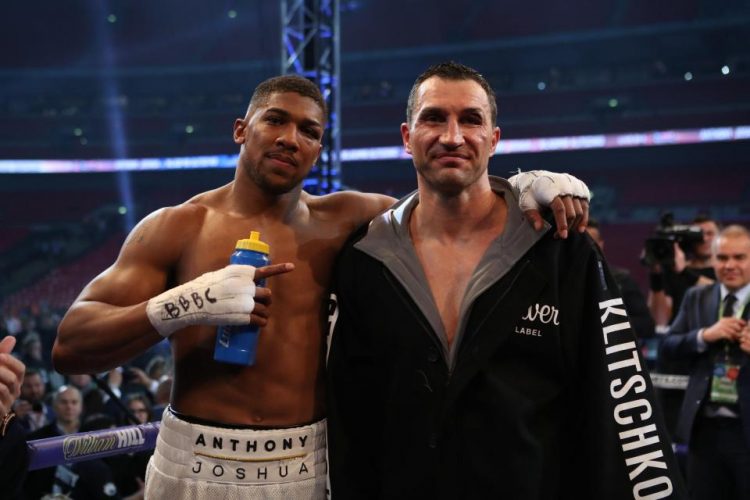 There is no hotter commodity in boxing than Anthony Joshua right now. The Watford-born fighter has not only taken the boxing world by storm, he is also astute at managing his ‘brand’.

Indeed, some have predicted that he will outstrip the earnings of Mike Tyson and Floyd Mayweather Jnr, estimated at £300 million and £500 million, to become the first ever boxing billionaire.

While that may seem a bit far-fetched when you consider that Joshua’s current net-worth is estimated to be around £15-20 million, the British fighter is just 28-years-old and is still just in the early part of his professional career. If he stays healthy, he could stay at the top of the heavyweight division for the next decade. That gives ample time to take advantage of some hefty purses.

So, why is Joshua such a commodity? Well, the British fighter first came into view of the wider public by winning a gold medal at the London Olympics. He turned professional a year later, winning his first heavyweight bout against Emanuele Leo in under three minutes. He has fought 19 times since then, winning every fight by knockout or technical knockout. He is now the IBF, IBO and WBA (Super) heavyweight champion.

Outside of the ring, Joshua has plenty of other marketable qualities. He is handsome, witty and a clever promoter of the sport. He looks just as happy on the couch of the Graham Norton Show as he does pounding the bags in the gym. Put simply, there is a David Beckham-like quality about the man, meaning he transcends the sport.

Joshua’s next fight should double his purse vs. Klitschko

Joshua’s biggest fight to date was against Wladimir Klitschko at Wembley Stadium in April last year. He was reported to have taken £6.5 million from the fight, but that will look like spare change compared to what is on the horizon.

His next bout is against Joseph Parker on 31st March at the Principality Stadium, Cardiff, which will be the third fight in succession for Joshua in front of 70,000+ fans. Joshua is getting a 65% split of the purse, which looks to net him £13 million. Parker will expect around £7 million.

That will see Joshua put his titles on the line in the hope of taking Parker’s WBO belt. Joshua is overwhelming favourite to win, priced as low as 1/25 with some bookmakers. He is just 1/4 to win by KO and 14/1 to win in the 1st round. Parker is 13/2 to win, 14/1 by KO and 33/1 to win on points. The draw, which would result in another mega-money rematch, is available at 40/1. Check out all the latest Joshua v Parker betting offers at Freebets.co.uk to get free bets for this one.

Big money fights in America should be Joshua’s next step

Should Joshua overcome Parker, the media hype will go into overdrive. There will be one title remaining for Joshua to hunt down – the WBC belt. It is currently held by Deontay Wilder, who fights Luis Ortiz on 3rd March. Joshua could have the chance to unify all titles in the heavyweight division, something not seen for nearly twenty years.

And, the United States is where the really big money lies for Joshua. A fight to unify the heavyweight titles could potentially break purse records. Wilder is the fight the money men want. He also has a superb record, winning all 39 of his fights (38KOs). The bookmakers have already anticipated it, pricing Joshua at 2/5 and Wilder at 5/2. Should Joshua unify all the titles, he would become one of the biggest sports stars in the world by the end of 2018. The sky’s the limit after that.