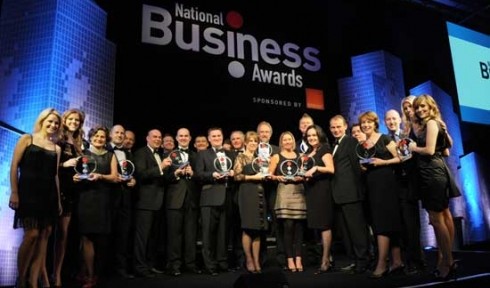 The likes of Alan Sugar or the Dragons’ Den judges failed to get a mention from National Business Awards winners and finalists from 2002-2009. Only Sir Richard Branson was suggested in the unprompted research.

Instead it was the dedication, will to succeed, innovation and foresight of a host of relatively unknown business founders and former bosses that was cited as the inspiration behind their successful companies.

The research into the effects of winning awards also showed that around two thirds of organisations believed that winning made them more attractive to potential customers (62%) while a similar number said it boosted internal morale (68%).

Almost all (93%) said it enhanced their organisation’s credibility and reputation in the market and exactly half added it gave them a marketable point of difference over their competitors.

Successful businesses are a cut above the rest for a variety of reasons, but some core aspects appear essential to all of them. Over four out of five businesses (81%) said their success had stemmed from developing their own ideas rather than basing their plans on the ideas of others.

“Applying for the National Business Award was in itself a good business discipline since it required a rigorous assessment of our strengths and weakness as an organisation.  Going on to win the award has been a great boost for all the 350 people who have dedicated themselves to making Go Ape a success.  It has given us fantastic PR opportunities right across the country and provided a small company with added commercial credibility.  I would recommend entering the Awards to any business keen to challenge themselves and the competition.”

Martin Stiven, Vice President of Business for Orange, added: “It has been a tough couple of years for business but despite that we have seen real innovation enabling new ways of achieving success. Entering The National Business Awards is a great way to highlight that success while customers and employees will all recognise the strength of the finalists and winning organisations”.

The National Business Awards 2010 in partnership with Orange are open for entries until 23rd June 2010.  For more information on how to enter visit www.nationalbusinessawards.co.uk or call 0207 234 8755.