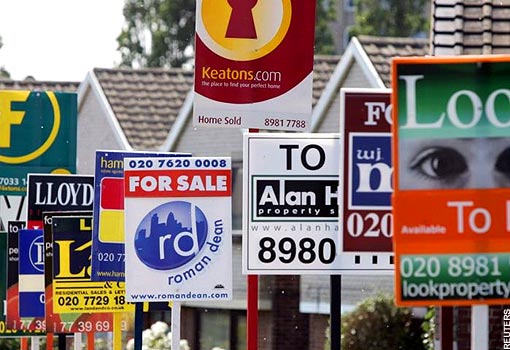 A large number of companies offer to value your house online, and they base these values on a range of factors – at least, that’s what they tell us.

Typically, you put in your postcode and your property number, and you may have to answer a few questions about the property. The question is whether these tools are accurate, and if not, which one is the most accurate.

The properties we checked

We wanted to give these tools a challenge, so we selected two properties at opposite ends of the country: one in Plymouth and one in Wakefield.

The Plymouth property is a little three-bed terrace that’s located in one of the more up-and-coming areas of the city. It’s been rendered to a good standard, and it was previously sold in May 2017. A year later, and it’s been sold for £145,000.

The Wakefield property is a detached four-bed family home that’s currently on the market for £350,000. It’s been renovated extensively over the years, and it offers a lot of space and a private garden. However, it hasn’t changed hands recently, so there’s very little data that property valuation sites can use. Consequently, they may not be particularly accurate.

This tool is one of our favourites, mainly because it requires a lot of detail and asks a lot of questions about each house. The Plymouth property was valued at £144,000, which within a reasonable margin of error. However, it helps that the property was sold only a year ago, letting the tool calculate house prices a bit more accurately.

When it came to the Wakefield property, it was estimated at £177,500, which we suspect was based on the local average four-bedroom properties in the area. This is significantly lower than expected, but if the tool doesn’t have much data, it can’t make an accurate valuation without knowing the area.

Zoopla offers estimates for almost any property in the United Kingdom, but it doesn’t require much detail. The Plymouth property was valued at £135,000, which is less accurate than Property Price Advice. However, it’s still within a reasonable margin of error, although the website believes its confidence rating (a measure of how accurate it thinks the valuation is) is 99.5%.

The Wakefield property was a little different, coming in at £226,000. This is £124,000 lower than the current valuation, but Zoopla’s confidence rating was 52%. Again, this highlights the uncertainty of automated software valuing a property for which there is little data.

Mouseprice is a small website requires you to sign in (either via Facebook or through email), and you put in your postcode and select your house. Unlike other sites, Mouseprice gave us a range for the Plymouth property, with the current value being £164,000 but the range encompassing £149,000 to £179,000, which is a gross overestimate. Interestingly it also provided a rental range in its estimates, although for the scope of this exercise we didn’t investigate the accuracy of this.

We looked at a smaller online estate agent for a free online valuation, but the tool was somewhat loaded. Essentially, you had to put in an estimated value, and the value it gave drew from that estimated value quite substantially.

When we put in the previous sold price of the Plymouth property, it gave £139,000. If we put in the current value, it came in a little higher.

The Wakefield property, it estimated £274,450 when we put in £350,000, but when we put in £200,000, it gave us a value of around £226,000. Again, this inability to distinguish from genuine estimates and made up estimates made it useless, because you have to guess the correct value of your home. This seems counterintuitive.

This shows that there is no substitute for a formal valuation, because even with up-to-date data, these tools cannot accurately predict what a house will sell for. When the data isn’t up to date, online valuation tools fail utterly in this regard, resulting in poor valuations that do not reflect the current state of the house.