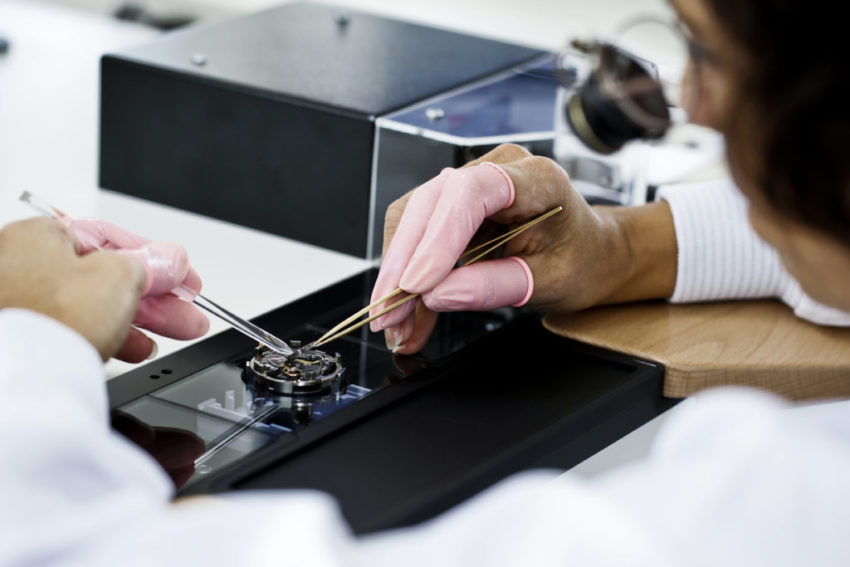 When artisan watchmaker Louis-Ulysse Chopard established the Maison Chopard in 1860, he did so because he recognised a gap in the market for completed watches.

He thought it would be easier and more cost-effective to create a finished watch than to create just the mechanical movement. Chopard was such an inspiring designer that, very quickly, his watches became coveted all over the world – he even became watchmaker to Tsar Nicholas II of Russia!

Fast forward to the mid-1990s and Chopard co-president Karl-Friedrich Scheufele, inspired by the prestigious history of the company, decided to revive the watchmaking heritage of Chopard, leading to the creation of Chopard Manufacture.

To be officially recognised as a manufacture, a company needs to produce at least one mechanical movement for the watch ‘in-house’. This meant that it was up to Scheufele to find out more about watchmaking and the mechanics involved, so that Chopard could find its niche again. Whilst it should have been fairly simple to return to the original three-hand movement that Chopard watches had always used, the Scheufele family take real pride in their work with the Maison, and are always looking for ways in which to adapt and improve.

The idea of simply introducing an automatic calibre equipped with a standard central rotor didn’t appeal either, so Karl-Friedrich Scheufele visited Fleurier, a part of Switzerland that has been famous for watchmaking since the 18th century and had the potential to offer skills and expertise unrivalled elsewhere in the world.

Further research here led to the decision to create a movement equipped with a micro-rotor that would have two major benefits for modern watches. Firstly it would be slim and lightweight, making it less obtrusive and more fashionable for the new styles of the 90’s. Secondly it created a complex and interesting look which allowed the wearer to admire the movement itself and all of its components. If something is done well, after all, it makes sense to show off your work.

Karl-Friedrich Scheufele was content with this solution, saying: “Since the founding of Chopard Manufacture in 1996, our Haute Horlogerie L.U.C collection has set itself the objective of offering unique solutions, whether in terms of R&D or design. The decision taken in 1993 to opt for a mechanical movement featuring automatic winding via a micro-rotor is entirely in line with this wish. The fact of coupling the oscillating weight with two stacked barrels represents a complex technical solution that also expresses our passion for horological complications.” 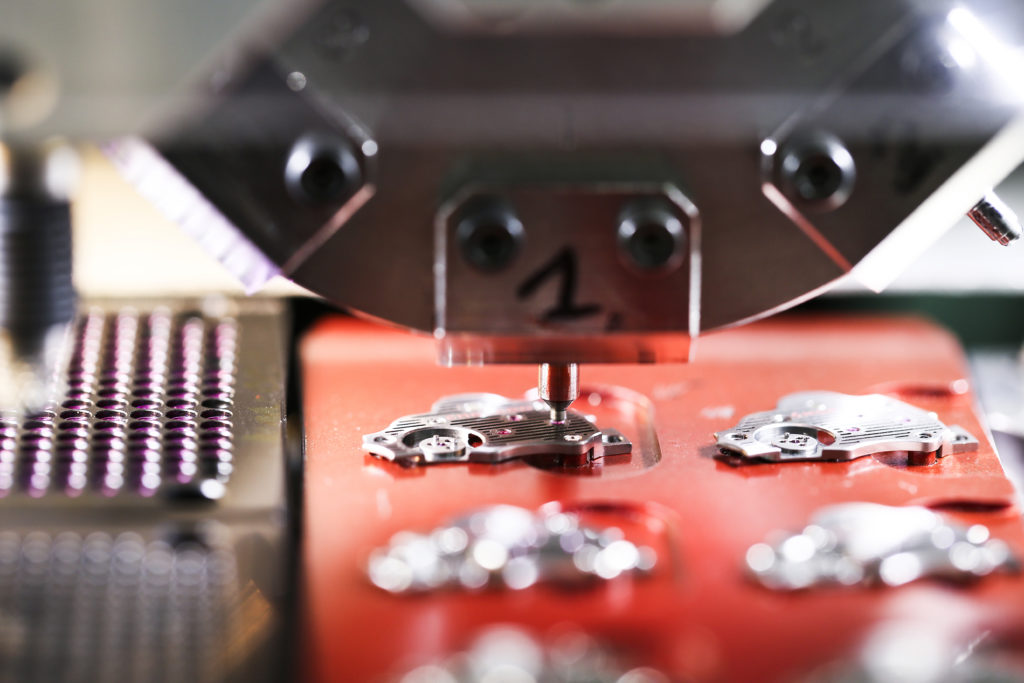 By autumn 1996 the manufacturing facility at Fleurier was complete, and Chopard was also able to reach its goal of producing the company’s first ever in-house calibre. The 22K gold micro-rotor operated perfectly in both directions, and there were two stacked barrels which gave a 65-hour power reserve. The movement was self-winding, and was christened L.U.C as a salute to founder Louis-Ulysse Chopard, whose initial vision was the impetus for the movement in the first place.

The L.U.C 96.01-L calibre was the first movement released by Chopard Manufacture, but by no means the last. The facility would go on to develop 11 base movements, with over 80 variations, over the coming years.

Since the earliest days of the Chopard Manufacture facility, the Scheufele family decided that they wanted to go down the route of certification, to prove to their customers that the very highest standards of quality were kept to. Whilst simply being “Swiss Made” is good enough for some, dedicated horological enthusiasts need more to assure them that they are investing in a watch which has the finest pedigree.

Chopard currently boasts quadruple certification, and the first that the Maison achieved was the Swiss Chronometer Certification (COSC). The COSC is a popular certification, which has high standards set by international agreement so that they are the same across the world. The COSC uses scientific methodology and equipment to test watches, ensuring uniformity in the tests and thus lending excellent credibility to its results. Once a watch has been certified by the COSC it is engraved with a serial number, and a physical certificate is also provided by the institute.

The COSC certification, however, only proves the precision of the movement, and Chopard wanted more than that, so the next certification the company applied for, was the Geneva Hallmark.

A third certification, the Qualité Fleurier label, was achieved in 2004. The Fleuritest uses the same criteria as the COSC certification but with an additional four tests. Finally, Chopard produced its first timepiece made from Fairmined gold in 2014, and stamped with a Fairmined assurance that promises that only ethical, sustainably sourced materials have been used. As of summer 2018, Chopard as a whole has committed to only using ethically sourced gold in its watches and jewellery.

To guarantee compliance with the company’s exemplary standards of production, there are two separate facilities in Fleurier, owned by Chopard. The Chopard Manufacture is where watches and movements are created, researched and decorated, from start to finish. The Fleurier Ebauches is a larger factory located close by, where industrial-scale movement production occurs, in a largely automated process.

Within these buildings there are also other interesting additions that add another string to Chopard’s bow – a school in Fleurier Ebauches, where apprentices and sales staff can be trained, and a Chopard museum in the Manufacture.