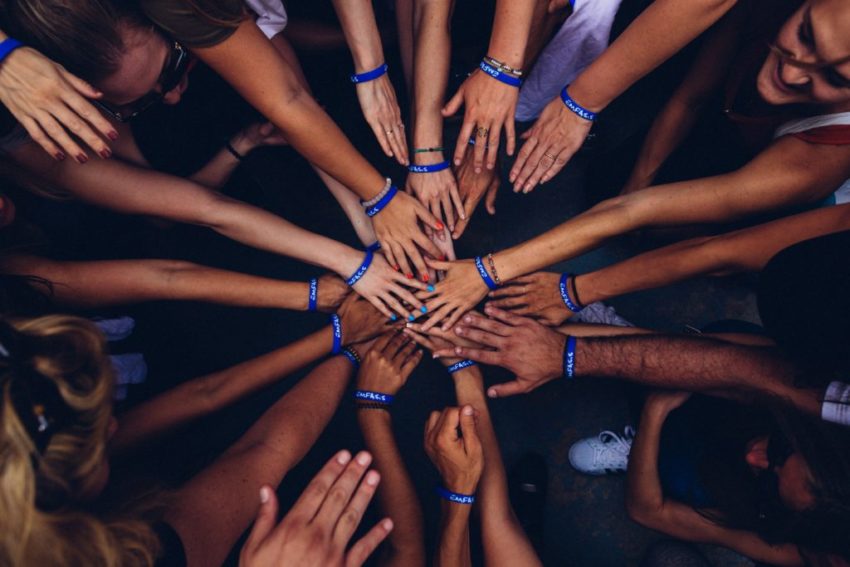 Whether it’s a small start-up or a major corporation, teamwork is crucial in any successful business. Experience shows that the teams that work best together are those that are built on good relationships.

In fact, far from just being a fashionable business topic, teamwork, in general, is considered so important that in February 2019, NASA actually conducted research into team collaboration and team cohesion for space missions.

In this article, we look at how to grow your team’s relationship through some innovative ideas, from baking competitions to hunting for treasure!

In this activity, small groups get together to build a soapbox, or go-cart, to race along a downhill track and try to achieve the fastest time.

Beyond the basic requirements of a seat and wheels, pretty much anything goes when it comes to the design of the soapbox. Some teams choose a wacky theme and get fully kitted out to complete the look! (Anyone who has ever seen the televised Red Bull Soapbox races will know how much fun this can be.)

Beneath all the fun and games however, this serves a serious purpose in getting people to work together. In the early stages, you’ve got the design work – everyone sits down together to design something that is both functional and eye-catching. The group must bring together all its different personalities to create a single solution to a problem that is both technical and creative.

Then, there’s the building stage which might see different team members leading the group when their particular skill set is called into play. Finally, of course, the racing itself crowns the event. This phase brings out the competitive side of the team, getting the adrenalin pumping whilst also further developing bonds.

This is the kind of activity that takes planning and a little investment to work at its best. A cost-effective option is to use an events agency such as Clearwater that specialises in corporate team-building exercises.

This one is inspired by that cultural phenomenon The Great British Bake Off, and apart from being great fun it also achieves surprisingly powerful results.

The basic idea is that small teams work together to bake items to certain specifications. It could be a classic cake or a particular kind of bread, or it could be something much more obscure that requires research and a lot of technical work to get just right. Other team members are then nominated to taste-test and judge the entries.

As with the soapbox racing, what you have here is a very comprehensive team-building exercise masquerading as something light-hearted. Typically, some team members will be confident bakers while others won’t have a clue. Some will be naturally creative while others will be more technical.

These juxtapositions develop a great deal of understanding about the strengths and weaknesses that the team has as a whole. When a typically dominant character is forced to listen to the experience of a more reserved teammate it works wonders for team dynamics. These benefits then carry over to the workplace.

Treasure hunting doesn’t mean talking like pirates and following a map to where x marks the spot! (Although this can be an amusing touch!) Think of this, instead, as an activity in which a series of problems must be solved by a team in order to reach the end goal.

On the surface, it’s just an enjoyable game, not unlike The Crystal Maze, but beneath the surface, the tasks that the group must solve are potent developers of effective teamwork.

Switching roles works well here. For instance, you can place someone junior as the team leader and the boss as their subordinate. This shows people how it feels to be on the other side of a situation and makes them more understanding of the challenges that their counterpart faces on a daily basis.

Another option here is to add the element of time pressure. This is a variable that can be adjusted to increase the intensity of the situation. It’s an excellent way to rehearse the sort of pressure that builds up in real-life scenarios and can lead to short tempers and bad interpersonal relationships. Practising this in advance can help alleviate the issues when they happen for real.

Dressing-up events are an easy way to incorporate team building into work life as they don’t need to cut large chunks of time out of the working day. A simple way to approach this is on a seasonal basis. For instance, Halloween costumes can be worn on Halloween, Christmas jumpers sported on the last day before the office closes for the Christmas period, even Valentine’s Day themed costumes can work well!

If you’re ever in Australia and want to check out Team Building Activities in Sydney, then the are te best operators in the region.

Now, there may be some eye-rolling with this one; some readers may have in mind scenes from The Office when the staff dress up for Comic Relief with typically embarrassing results! The point to bear in mind with this idea, though, is that it’s actually achieving something really quite significant psychologically.

We all tend to play a role in the workplace – the boss, the junior, the old hand and so on. We show only a small part of ourselves. Indeed, we usually conform to the expectations that our colleagues have of us based on our past behaviour and the role that we’ve been assigned in our team.

However, dressing up challenges the status quo. We feel free to behave slightly differently when in costume; it lets us show different sides of ourselves and allows us to be more rounded in the workplace. Overall, this has the knock-on effects of:

The idea here is that the team is divided up into groups to work on mock magazine cover stories about each other’s successes and achievements in business.

The task involves creating the story, designing the cover and designing the article itself, complete with a headline, quotes and images. (There’s no need for anyone to actually write the article unless there are strong writers in the group.)

This challenge offers many of the benefits that we have discussed throughout the article. It is a fun task that also brings together different skillsets, different authority levels and different personalities. A bonus here, though, is that this also doubles as a team visualisation task.

The psychological and motivational benefits of visualisation are now very well-established in many aspects of life, from sport and personal life to the business world.  Because these magazine stories are specifically success stories, the team are all helping each other to visualise success and picture what it will feel like when they achieve their goals.

Photo by Perry Grone on Unsplash