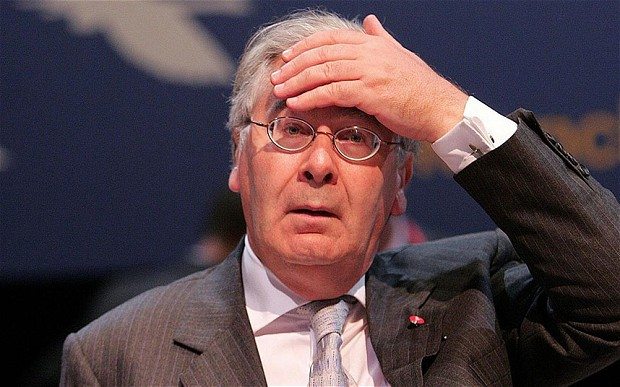 Back in 2007, the Bank of England faced its first major test when then governor Mervyn King heard of the unfolding developments with BNP Paribas.

By the end of September 2007, UK banks and building societies were facing massive withdrawals as markets soured. Banks were highly distrustful of one another, and refused to provide credit facilities for fear that defaults would take place. At the heart of the burgeoning scandal was Northern Rock, which was effectively bankrupt. Its business model of borrowing money and selling mortgages was moribund.

Indeed, even the UK Treasury indicated that the most pressing concern for the UK banking industry at the time was Northern Rock. It didn’t take long for investors to short Northern Rock stock en masse as its balance sheet did not reflect the reality of its poor financial predicament. This bank, and many others was founded on a system that relied on lending out funds from savings. Of course, it works well if there are sufficient depositors in the UK economy. Unfortunately, deposits were drying up and lending was not being supported on the back end.

At the time, Northern Rock had approximately 10% of the UK mortgage market, and it was growing fast. The bank had 80 branches nationwide and account holders were withdrawing their funds en masse. The Bank of England was prepared to prop up Northern Rock and account holders’ funds to the value of £35,000 each, but the run on the bank continued regardless. By February 2008, the company was nationalized, and the UK banking system was on the verge of collapse.

The UK economy has recovered sharply from the 2008 global financial crisis. The Bank of England has been a bulwark for the stability of the United Kingdom, adopting a series of quantitative easing measures designed to accelerate the velocity flow of money through the UK economy by aggressively making it inexpensive to borrow and finance big-ticket purchases.

Along with rising levels of credit utilization, the UK financial sector has also seen a steady improvement in investment levels and deposits over the years. In terms of credit and debit card statistics, the numbers have increased in recent years – due to increased  responsible national credit and personal credit monitoring. As at October 2016, a total of 31.5 million charge cards were in use in the UK, and the overall number of contactless cards issued topped 100.1 million. Of that, 68.7 million were debit cards, making up 69% of all debit cards that had been issued at the time.

By March 2016, credit card borrowing among High Street banks (year-on-year growth) came in at 6.2%. This bested overall credit card issuance which grew year-on-year at 5.7%. By March 2016, the UK reported 223 million purchases by credit card, valued at £12.6 billion. This was 2 percentage points greater than the figures reported for March 2015. In terms of debit card spending in the UK, by October 2016, the total value of UK-based spending was reported at £39.2 billion. This was up 0.8% month-on-month, but remained the lowest growth rate since May 2016.

Domestic activity was strong, but international spending on debit cards grew far more rapidly. International purchases by October 2016 reached 133 million, up 1.9%, from the September figure of 131 million. During this time, applications for personal loans have also seen a marked increase, as the UK banking sector gears up for the first bank rate hike in 10 years. The Bank of England has maintained interest rates at 0.25% – a multi-year low. This is being done to stimulate the UK economy and promote jobs growth. Higher interest rates raise the cost of interest repayments on loans, meaning that there is a rush on personal and business loans before rates are raised.