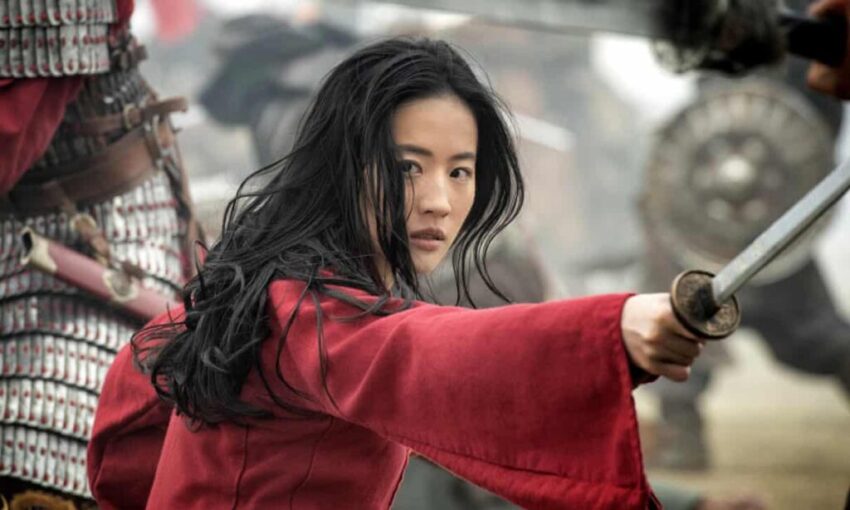 Disney’s decision to bypass cinemas and offer its latest big budget film Mulan directly to streaming subscribers for $29.99 could signal the beginning of the end for the traditional movie-going experience.

The surprise move has stunned cinema owners, who had been banking on the film, along with Christopher Nolan’s sci-fi thriller Tenet, to jump-start box office takings as theatre chains struggle to recover from the coronavirus pandemic.

The move is seismic given Disney’s utter dominance of the worldwide box office – the company made a record $13.2bn in ticket sales last year – with cinema owners believing it would be the last Hollywood studio to look at threatening the 70- to 90-day exclusive “theatrical window” they have enjoyed at the top of the pecking order for newly released films before they head to other platforms.

The Hollywood studios have used the pandemic to experiment with more digital-first output, though to date these straight-to-streaming releases have tended to be small to mid-size budget titles, or projects that the studios have lost faith in as potential box office hits.

Mulan, which was expected to be the latest $1bn-plus grossing film from the Disney hit machine, is the first bonafide blockbuster to go digital-first.

Disney revealed its plans as it reported a $4.7bn loss in the quarter to the end of June, its first loss in two decades, as its business suffered from theme parks and cinemas being shut.

The one bright spot was its new streaming service Disney+, which since launching in November has passed 60 million subscribers globally, four years ahead of internal projections, giving the company the confidence to test-release one of its marquee films online first.

Mulan will still premiere in cinemas in countries where Disney+ is yet to launch, however.

Bob Chapek, Disney’s new chief executive, tried to downplay the move, telling investors it was a “one-off” and not a permanent strategic shift. However, he admitted it would be an invaluable experiment to find out how much it boosts new subscriber sign-ups to Disney+ and digital revenues.

However, film studios get a much greater cut of revenue from going direct-to-digital than they do at the box office, which means films do not have to make as much money to be as profitable. If half of the households that subscribe to Disney+ were to stump up $29.99 to watch Mulan, less than the cost of a family trip to the movies plus treats, the film would gross $900m.

In May, Universal studios made the first significant digital-first move, deciding to give the DreamWorks-made Trolls World Tour a premium video on demand release at $19.99 instead of delaying its planned cinema premiere.

The company subsequently revealed that the film had made $100m in its first three weeks in the US. By comparison, the first Trolls film earned just over $120m during its entire five-month run in US cinemas.

Emboldened by its success, Universal said it intended to begin releasing some films digitally at the same time as in cinemas after the Covid-19 crisis ends Those comments prompted the world’s biggest cinema operator– AMC, which owns the Odeon chain – to issue a global ban on screenings of all films from the maker of the Fast & Furious and Jurassic World franchises.

Since then, as the pandemic has kept cinema doors closed in the US, the world’s largest movie market by some distance, AMC has softened its position. Last week, Universal and AMC struck a deal to reduce the time some films will stay exclusively in cinemas to just 17 days before they can be made available as a premium video-on-demand product.

However, analysts believe that while the pandemic has provided perfect lockdown conditions for releasing films digitally, it does not spell the beginning of the end of the big cinema blockbuster.

“It makes sense during the lockdown to experiment when there is pretty much no box office performance for a film to achieve,” said Richard Broughton, analyst at Ampere. “The straight-to-digital strategy may make sense for smaller titles but it doesn’t for blockbuster films when cinemas reopen properly, even if the theatrical market is depressed next year.”

Studios are still looking to push back most major titles such as the latest James Bond outing No Time to Die, Wonder Woman 1984, the Minions sequel, the next Fast & Furious film and Marvel’s Black Widow, hoping for a profitable global cinema release.

There are other significant issues making a total shift away from cinema releases unlikely, at least for now. Broughton said that US consumers are much more accepting of higher priced digital films than those in Europe and other regions, meaning the maths on international revenues is unlikely to add up.

In addition, countries including China have tiny digital-video rental usage, which would severely limit income. Whereas China boasts the world’s second-biggest cinema box office market, at $9bn a year under normal conditions.

“Many are saying this marks a sea change in the way consumer habits will look in the future,” said Paul Dergarabedian, a senior media analyst at Comscore. “However, it’s likely that once the pandemic is safely resolved, audiences will not only have a more appreciative attitude toward [streaming services] … but a renewed respect and enthusiasm toward the movie theatre.”