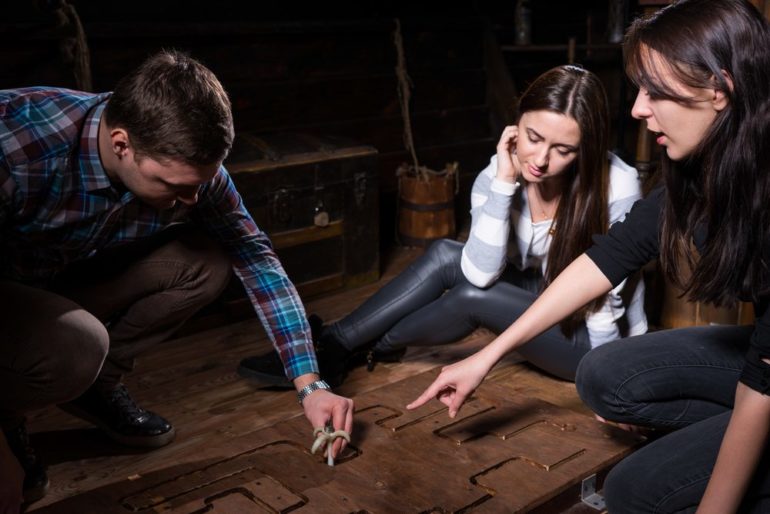 The competition for your entertainment dollar is as fierce as ever, with the usual suspects like movies, television, pubs, live music and sporting events trying to outmuscle each other.

But many people crave something a little different when they go out, especially those people who like to be active participants in their entertainment choices rather than passive spectators.

That’s one of the reasons why escape rooms are one of the hottest forms of entertainment around, springing up in major cities and small towns all over the world. The essential premise of an escape room, putting people in a locked room and having them perform certain tasks and solve problems in an effort to get out before the allotted time elapses, is thrilling and pressure-packed, and that’s exactly what its proponents love about it.

Take a look at Escape Rooms London for some of the most exciting escape room experiences in the city. In the meantime, here are some of the reasons why people love this concept, and why you might find you love it too.

Many escape rooms are structured to be reminiscent of some extremely popular pop culture phenomenon, such as a popular movie franchise. Even if you love a certain set of movies, there are only so many times you can watch them before the experience starts to become passive and stale. On the other hand, getting to participate in something that has a connection to one of your favorite pop culture obsessions can give you a different vibe, one that makes you feel that you’re actively taking part in something that you love. These themed escape rooms certainly scratch a pop culture lover’s itch.

All it takes sometimes is to read the news for one to feel helpless against all of the negativity that’s pervading every aspect of life. In addition, many people are stuck in demoralizing jobs that don’t offer them the chance to really show what how they can rise to the occasion when called upon to do so. Escape rooms offer something to these people that they can’t find in their everyday lives. Being the hero of your own life is a fantasy that most everybody has at one point or another. Escape rooms allow you to indulge in that fantasy.

In a society where people are often glued to the screens in front of them, whether referring to computers at work or tablets and cell phones at home, it can seem like the actual human connection is impossibility. Escape rooms rectify this by forcing people, either group of friends or even complete strangers, to work together towards a common goal, even if that goal is manufactured by the game. The sense of accomplishment and community fostered by this experience is hard to replicate elsewhere in a routine day.

These are some of the reasons why escape rooms figure to become more popular with passing time. Try one out for yourself and you’ll likely be hooked.