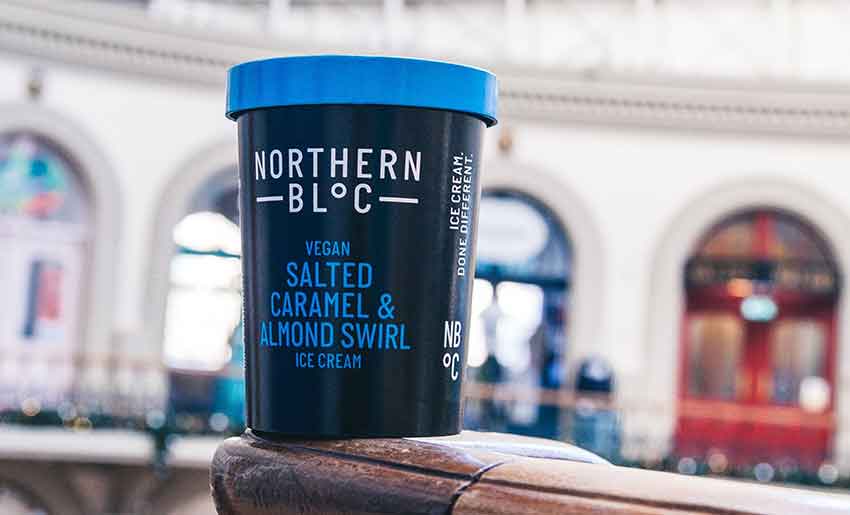 Ice cream innovators, Northern Bloc, have this January become the first ice cream brand in the UK to launch 100% recyclable, 100% biodegradable packaging, along with a brand new flavour of its popular vegan ice cream.

Unlike all other paper ice cream containers, which have the same make up as take away coffee cups, the tubs are protected with a fully organic coating, rather than plastic, meaning they can be recycled in normal mixed recycling bins at home.

Northern Bloc co-founder and director Josh Lee explains: “Other paper ice cream tubs on the market are currently plastic coated, just like coffee cups, meaning they are very difficult to recycle. Whilst the paper tub and the plastic coating are both recyclable in theory, separating them is very difficult and the bi product of the two ends up being too contaminated to reuse. Our new eco tubs have no plastic coating, with the tub protected instead by a fully natural organic compound made from sugarcane, the biproduct of which is fully reusable and breaks down naturally.”

Northern Bloc’s fourth-generation ice cream world champion chef works hard to truly achieve an all-natural, creamy taste and texture using only plant-based products, suitable for the dairy free, lactose intolerant, flexitarian, or none of the above. It’s ice cream for all.