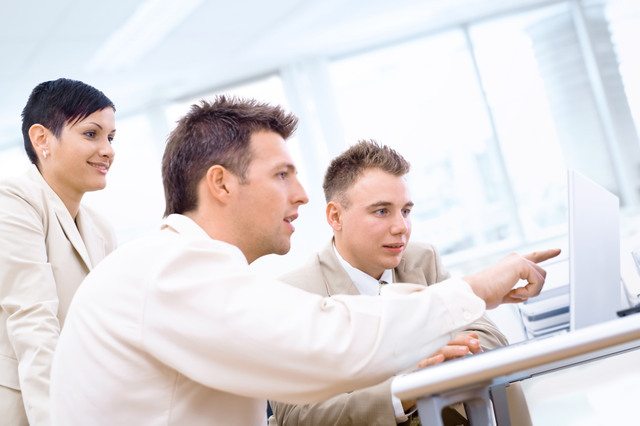 WE’VE been looking at an alternative way to review a business and help undertake a strategic review over the last couple of weeks in the form of an updated SWOT. This week it’s the turn of the ‘O’, but instead of ‘Opportunities’ we have ‘Organisation’. (See the hyperlink for the previous parts to our alternative SWOT.)

Organisation –no not your organisation (company), rather being organised. How many of us pick up that piece of paper, and move it around the desk before popping it back down? Do you open that email, skim it and think ‘I will go back to that’? Do you have a ‘to do’ list but never actually consult it as you’re too busy in the now being busy?

Organisation and reviewing it is about addressing that common business situation of being too busy, too overwhelmed by a lack of time, space and energy to set goals, give direction and be proactive. It’s about sitting down and committing to changing that one thing that would make the biggest difference within your administration and organisation processes. If you desire a 10 out of 10 result, and feel you are only at a five, what does a plus one to get to six look like? I’m all about evolution not revolution – after all let’s be realistic here! ☺

Whilst working in a large American owned company they extoled the vurtues of a ‘5S’ philosophy when ensuring organisation. This is the Japanese seiri, seiton, seiso, seiketsu, and shitsuke which, when translated, converts to sort, straighten, set in order/shine, standardise, and sustain. It’s about distinguishing what is needed and unneeded in your work, and then eliminating what isn’t, and putting those needed items in a recognised place. Next is to keep the work areas neat and tidy and clean. Standardising and sustaining is then about making these actions habitual and maintaining them. This is a great philosophy to utilise in any work environment.

The nice thing about organisation is that it too, in turn, links with our previous week’s review of your company’s ‘workflows’. By focusing on your workflow you have already started to get order and from order comes organisation.

I’ve worked with one company in this way where the managing director took the brave stance to admit he was doing all the administration himself. He said it was ‘bogging him down’ and taking his focus away from the key task of selling his business – especially at the end of every month. He identified what paperwork he HAD to do and what he could delegate. Then he recruited a part time assistant to lighten his load and allow the refocus he needed. It’s not rocket science, but it’s often the easy solutions that we miss when our heads are down and our energies completely swamped. I appreciate in these tough economic times not everyone has the luxury of being able to take on extra staff but he really believed, and subsequently it has been proven, this was the best solution for him.

• Limit email checks – if you can check them only once an hour, or better still only three times a day. Nothing saps your time than constantly being diverted when that alert pops up in the bottom corner of your screen so turn that off too. An interesting fact is that an average person apparently spends up to three months per year processing their emails! If that doesn’t spur you into email action I’m not sure what else will!?

• Deal with matters only once – how often do you read an email and think ‘I’ll do that later’ or pick up a letter only to put it back down on a different part of your desk? Also take the time to do one thing at a time, and do it right the first time.

• Put aside time to organise – only needs to be an hour or so each week to get organised, clear out your inbox, file, do your expenses and check your diary for the following week. This will save you time in the long run.

• Use the 20/80 rule – use the first 20% of your day to tackle the most important tasks; get them out of the way as it were so if you do get waylaid or distracted the important stuff is done. It’s the old adage of ‘Eat your Frog’ by Brian Tracy

• Build a ‘5S’ attitude into your workflows

So if you could organise yourself to change just one thing what would it be?

Which brings us to the final section of the puzzle, next week Timing