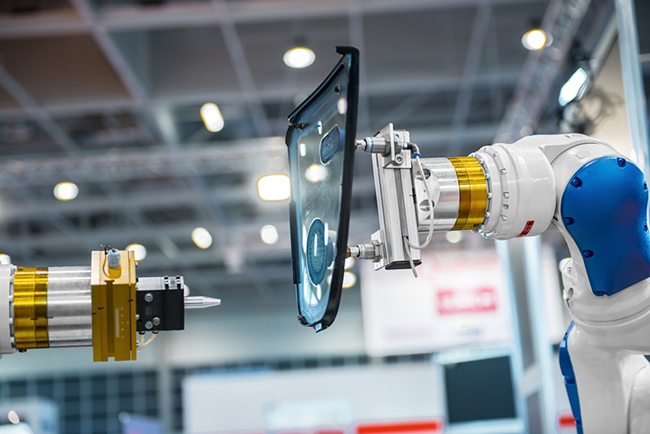 The UK’s Best New Tech company, according to the British Chamber of Commerce, is Fractory, a Manchester-based cloud manufacturing platform who relocated to the city from Estonia just seven months ago.

Fractory won the award for Best Use of Tech at the annual British Chamber of Commerce Awards ceremony at the end of November after seeing off 77 other finalists competing for the coveted prize.

The rapidly growing startup was founded in Estonia in 2017 and recently relocated to Manchester to take advantage of the first class facilities and infrastructure the city has to offer.

Fractory won praise from the judges for the way it has digitised the manufacturing process by allowing engineers to upload their CAD files, including 3D models, straight to the platform for instant pricing.

“Everything you see on the platform has been developed in-house. We would have been happy to use pre-existing working models but there were none. The technology was developed as an answer to the market’s needs. The uniqueness and necessity of such a solution is probably what brought us the award,” explained Fractory’s CEO Martin Vares.

“The journey from a small Estonian market to a significant one like the UK has been full of challenges but very quick at the same time. Engineers have actually been waiting for this opportunity while everything around us has moved online. Winning this award is a testament to that,” said Vares about the importance of the award.”

Speaking about why, marketing manager Andreas Velling says: “The digitisation of manufacturing has been a hot topic for the last few years. The main focus of discussion has typically revolved around the potential to optimise in-house workflows. At the same time, a whole new industry has sprung from this movement towards digitisation – that’s cloud manufacturing. Our platform enables users to upload their CAD drawings or models for instant pricing and lead times.

“3D printing was the turning point for bringing manufacturing online, but the understanding and uptake hasn’t necessarily been smooth. The manufacturing industry is largely based on long-lasting connections that act as a source of trust in an environment where quality is of the utmost importance.

“As a new concept, 3D printing did not have those connections. As a result, businesses could start from scratch and offering their services online made sense. Today, the market is full of providers who can give instant prices based on .STL models only. Nobody is hesitating about turning to such services, as this is the new norm.”

It feels like cloud manufacturing is finally making the transition from being viewed as a niche workflow hack to becoming the industry standard for workflow management. And with outfits like Fractory picking up plaudits and recognition for bringing the possibilities to a broader audience, that’s likely to continue.