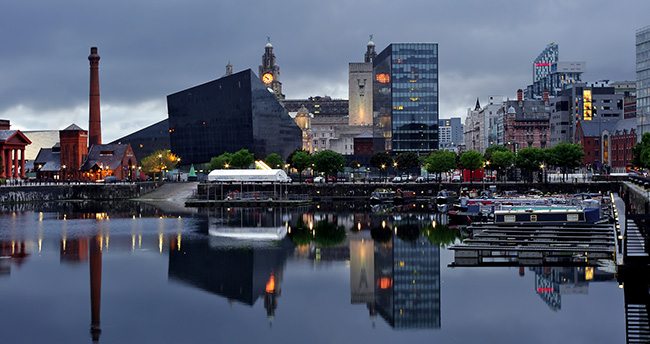 Affectionately known as The Steel City, Sheffield owes its nickname to an historic trade in the steel industry in which it was the major hub in the UK.

The employment portfolio of the city has changed a great deal since the steel boom of the 18thand 19thcenturies. Located in South Yorkshire, Sheffield is among the UK’s largest cities.

Today, the city is host to a booming arts, music and cultural scene, as well as fast-growing digital and technology sectors. It’s one of the best-connected cities in the UK and sits at the heart of a number of regional and national investment and regeneration programmes. It’s clear to see why Sheffield is fast becoming one of the most desirable destinations in the UK.

Sheffield is a central part of what the Government has called The Northern Powerhouse. This ambitious undertaking has the aim of bringing together the cities, towns and rural communities of the North of England with the aim of improving productivity, investment, connections and the overall economy of the region. The initiative is supported by a wealth of regional, national and global companies and it is believed that this combined effort is key in the region realising its potential.

In practical terms, the scheme has seen investment in enterprise zones in the financial services, bio-sciences, digital, engineering, automotive and renewable energy sectors. There has been widespread investment in data innovation, including in Sheffield. There is a focus on future technologies such as Graphene, which was developed in the region, and a particular focus on the major research institutions in the area working closer together.

All in all, it means more investment, more opportunity, and more prosperity within the cities and communities which make up The Northern Powerhouse. This is good news for job seekers and many of the cities involved in the scheme are undergoing a boom in job vacancies. Sheffield is among them, seeing a 14 per cent rise in jobs being advertised. In terms of growth, this puts the city among the fastest growing in terms of employment opportunity in the UK.

Last year it was reported that digital companies within Sheffield boasted one of the highest growth rates of any cluster in the UK, with turnover increasing close to 50% year on year. The report commissioned by the University of Sheffield consulted dozens of digital companies in the area including those working in digital design, video games, digital art and culture, digital media and marketing. There remains a real buzz around the digital scene in the city through 2018 and it’s a real destination for digital-focused businesses and professionals in the region.

One such example is Channel 4, which is seriously considering a bid from the city to relocate one of its new bases. With the BBC and ITV having moved north to Salford it would be no surprise to see Channel 4 follow suit and open up shop here.

Growth in the face of Brexit

While Brexit looms large and continues to cause widespread uncertainty for many regions and industries, Sheffield is pushing ahead in the face of this uncertainty. The UK Powerhouse report, produced in 2017 by the Centre for Economic and Business, predicted that Sheffield was set to increase its economy to the tune of £84m throughout the year. It also predicted that 1,500 new jobs were set to be created in the area during the period.

This is by no means an extensive list of all Sheffield has to offer, merely a snapshot of some industries which are thriving in the area. So why not search for jobs in Sheffield now and see for yourself what all the hype is really about?