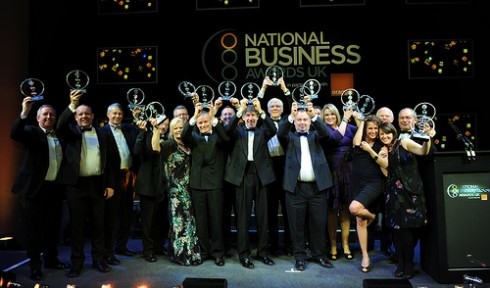 Now is the last chance to take part in Britain’s most prestigious public and private sector business awards. The National Business Awards in partnership with Orange are open for entries until the 15th June for businesses of all shapes and sizes across 17 awards categories. Last year it was Wolverhampton’s Richard North, founder and MD of Wow! Stuff, who triumphed at the awards with the Orange Innovation of the Year accolade.
“Recognition has opened doors nationally and internationally,” said Managing Director of Wow! Stuff, Richard North. “Only a few months ago we presented to a major US retail customer and had our NBA win at the forefront. Now we have a listing of 14-15 products with them, worth millions of dollars. If you’re thinking of entering the awards, just go for it.”
2011 award categories range from the Santander SME of the Year Award to the Croner Employer of the Year Award through to the ICAEW Sustainability Award. New categories this year include the BlackBerry Business Enabler of the Year, WorldPay Online Business of the Year and Transformational Change of the Year.
“In order to encourage confidence in UK business, we need to showcase those companies that are leading the pack and have demonstrated real innovation in the past year. Orange is a key supporter of Britain’s businesses, large and small, which is why we believe it is so important for people to highlight their success by entering the National Business Awards”, said Martin Stiven, Vice President of Business at Orange, part of Everything Everywhere.
The National Business Awards has distinguished itself by its robust judging process, with over 100 CEOs and senior directors participating as judges, and the quality of businesses taking part in the programme – in the past decade it has brought Glasgow Marriot Hotel, innocent drinks, Trunki, Go Ape! and moneysupermarket.com to the nation’s attention.
The programme has also recognised the leadership styles and achievements of the likes of Martin McCourt, CEO, Dyson; Paul Walsh, CEO of Diageo; Harriet Lamb, CEO of Fairtrade Foundation; and Dame Marjorie Scardino, CEO of Pearson.
Caroline Jackson Levy, Managing Director of UBM Awards said: “Whether you are an employee or employer, start-up entrepreneur or chief executive of a multi-national, it is Britain’s workforce that is going to lead the economic recovery. The Awards honour outstanding achievement to give leading businesses the recognition they deserve. That’s why the 2011 campaign is encouraging businesses of all shapes and sizes from every corner of this country to enter the National Business Awards.”
Finalists will be announced on the 28th July and winners will be honoured at the Orange National Business Awards gala dinner and awards ceremony at the Grosvenor House Hotel, London, Tuesday 8th November, where George Osborne, the Chancellor of the Exchequer will deliver this year’s welcome address.
To enter visit www.nationalbusinessawards.co.uk 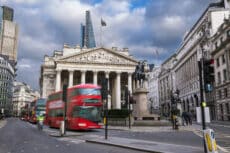