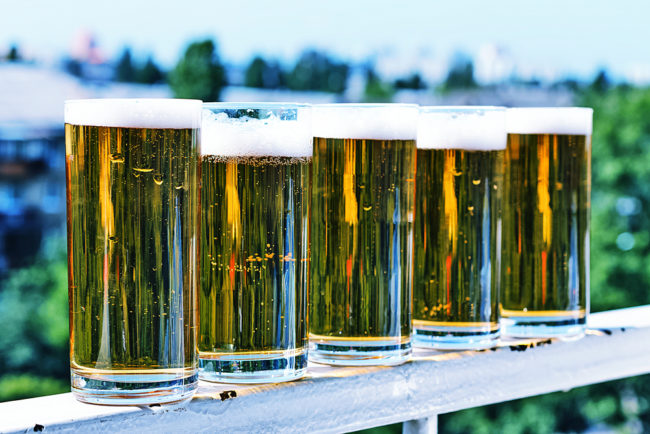 London based independent brewers, Pressure Drop Brewery, praise Esme Loans for their “quick and easy” borrowing which has transformed their garden-shed brewing into a brand worth pursuing.

In 2012 three friends, Sam, Graham and Ben traded in their day-to-day professions for their mutual passion of brewing.

Seven years down the line and the three have swapped small scale 50L brewing in their garden shed for mass industrial brewing under the name Pressure Drop Brewery. At the heart of their brewing business, Pressure Drop stands for quality and innovation whilst retaining the drive to create brews which “we would like to drink”

Having perfected the optimum processes and quality of beer back in the initial stages of production, Pressure Drop held the foundations of a successful business. In early 2013 the company sold their first beer and took advantage of London’s new found taste for independent opening breweries; this quickly expanded into their first brew kit – a 5 barrel brewery in Hackney Central.

In 2017, Pressure Drop Brewery moved to Tottenham Hale where they produced 8-10,000 litres of beer a week and crafted themselves a successful reputation.

Driven by quality of life and self satisfaction, not financial success, the minds behind Pressure Drop continued to finance the brewery through debt and house assets. However, the desire to expand in 2018 and adhere to the demand in eco-friendly cans (over glass bottles) presented a financial hurdle which proved difficult to overcome.

Pressure Drop Brewery turned to Esme Loans for a “quick and easy” way to fund their company canning machine. A decision which saved the company valuable time and money. When borrowing, flexibility and early repayments presented themselves as major factors for the brewing company – concerns which were averted by Esme’s accessible website, rapid response and pliable repayment options. At the core, Esme strives to relieve the pressure which often occurs when businesses seek to borrow money.

With a canning infrastructure in place and a realistic repayment plan, Pressure Drop Brewery continues to push the boundaries of brewing with their range of quality modern beer which includes the rhubarb, redcurrant and lemon sour “Pam” and the chocolate, coconut and vanilla infused milk stout “Escape Pod”.