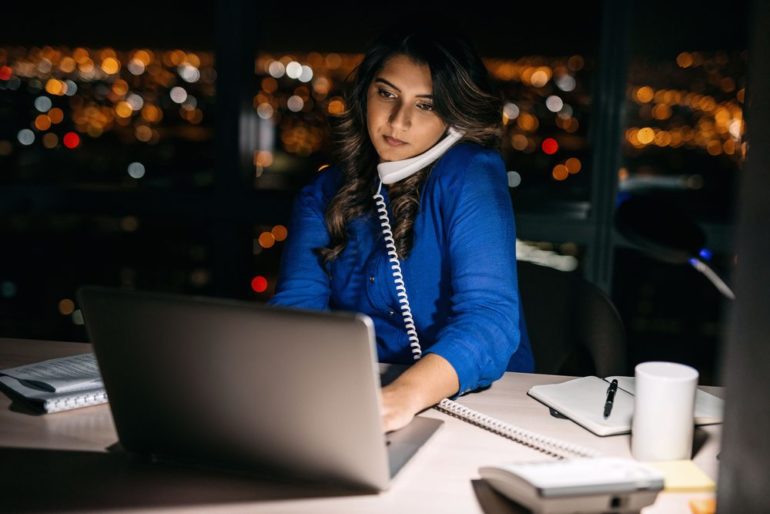 Small business owners in the UK work an average of 2,366 hours per year in order to make their business a success, compared to 1,950 for an average UK employee, according to new research.

The research found that on average, SME owners work 45.5 hours per week, and that more than half work either six or seven days per week. If a full-time working week is recognised as being 37.5 hours, this means that the average small business owner works a staggering total of 416 hours or 17.3 full days’ overtime per year.

Closer analysis reveals – perhaps to the surprise of some – that millennial entrepreneurs work the longest hours on average. Defying the label of the ‘snowflake’ generation, 18-34 year old entrepreneurs work an average of 49.4 hours per week, resulting in 619 hours or 25.8 days’ overtime per year.

This revelation comes despite the fact that 29% of entrepreneurs actually started their own business in order to achieve greater control over their workload and time. That said, just a fifth of 18-34 year olds cited this reason, as opposed to more than a quarter of 35-44 year olds and two-fifths  of 45-54 year olds.

Instead, nearly half of millennial entrepreneurs claimed to start their business in order to follow their passion, as opposed to just three-in-ten 35-44 year olds and a quarter of 45-54 year olds.

Nikki Flanders, Chief Operating Officer at Opus Energy, who commissioned the business research commented: “It’s worrying to think that entrepreneurs are having to sacrifice such a vast amount of time in order to make their businesses successful. Not only do British entrepreneurs risk burning out, but we also risk potential business owners putting their start-up aspirations on hold, so as not to jeopardise their personal lives. SMEs are vital to our economy and we must ensure that entrepreneurs have the support required to succeed. There are valuable resources available from organisations like the Federation of Small Businesses, which will help entrepreneurs to avoid situations whereby they must rely solely on themselves.”

The research also revealed that even with the vast amount of overtime that they put into their business, holiday is a luxury that some entrepreneurs can’t afford. Fourteen per cent of all entrepreneurs say that they don’t take any time off and a quarter say that they have to work even when on holiday.