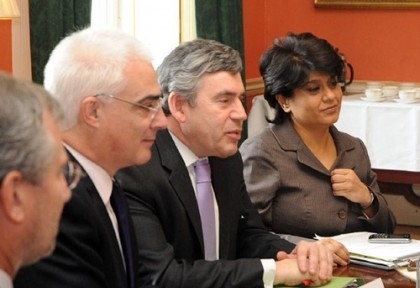 The call coincides with a new report published today (16 April 2009), in which the All-party Parliamentary Small Business Group (APPSBG) said that the review’s recommendations should go further and encompass all levels of Government.

The Glover Review was published in November 2008. It proposed removing barriers to public procurement, but did not agree that requiring a minimum number of contracts to be awarded to small firms would be beneficial. However, the review called for greater transparency, simplicity, ‘strategic procurement’ and measurement to become central to the tendering process by 2010.

Public procurement was identified as a key issue requiring action in the forthcoming Budget by just under one in five respondents (17%) to the FPB’s latest Referendum survey of members.

“We are hopefully at the beginning of the process of opening up more government contracts to smaller businesses, and it will take time before the review’s initial recommendations bear fruit,” said the FPB’s Policy Representative Matt Goodman. “However, with the Prime Minister committed to pushing forward public investment projects, we want the Government to act as quickly as possible to make sure that small businesses get their fair share of those contracts. That would help to save more small firms from closure and to provide a catalyst for economic recovery. It is important that the Glover measures move in the right direction as quickly and as effectively as possible.”

Recognising the role of small businesses in the recovery of the economy, the APPSBG consulted the FPB as part of a further inquiry into small businesses and public procurement. According to its report, which was supported by the Association of Chartered Certified Accountants (ACCA), the Glover Review’s proposals are a ‘step in the right direction’, but alone will not be effective in opening up government contracts. The APPSBG argued that:

FPB member John Boother is the Managing Director of Autoscribe Ltd, a company based in Berkshire which develops data management systems, primarily for laboratory applications.

“In the past, we concentrated on the private sector but are now interested in bidding for contracts in public sector, such as the NHS. However, this has proved to be much more difficult than it sounds,” said Mr Boother. “We were recently turned down by a company acting on behalf of a group of hospitals after spending considerable time and money on the tendering process, including responding to the detailed Pre-Qualification Questionnaire (PQQ) in good time. In an email, we were told we had not provided relevant references and did not meet the minimum threshold in terms of turnover and staff. This is blatant discrimination against small businesses.”

He added: “It’s frustrating that, because these prerequisites were not mentioned in the PQQ, we spent time and effort on something when we had no chance of progressing. Technical proficiency is only considered if a bidder passes all of the financial and administrative criteria first – one strike and you’re out. How is this providing the best value for money for the NHS?”