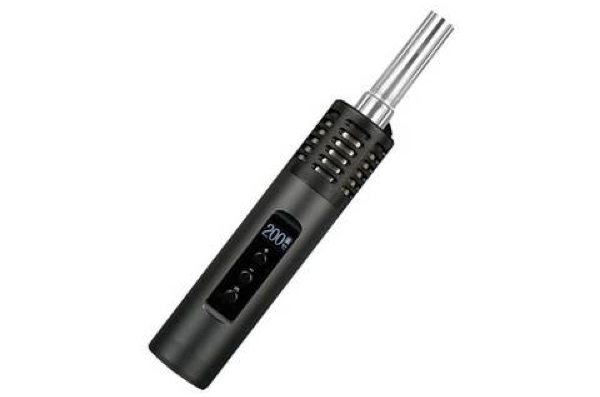 Roughly two months ago, the Arizer Air 2 was released into the market and since then it’s gotten great reviews and has become many people’s go to portable model.

The original Arizer Air was simple yet effective but delicious and handled dry herb very carefully, allowing for a great taste to be drawn out. Small and sturdy, it had the ability to be taken absolutely anywhere you needed it to. Everything that really blew people away when it came to the original Arizer Air has been brought over to this sequel, only risen to another great new level.

The vapor production with Dry Herbs on the Arizer Air 2 is fantastic. It goes beyond what you’d expect from a top-market build like this and uses carefully built aromatherapy technology to create a delicious convection oven. This dependability and focus on vapor comes at you for what is honestly a pretty good price as well. If you’re looking for a delicious hit but don’t have too much to spend, this is a great option. The clouds the Arizer 2 puts out are amazing and are enough to keep up with an incredibly competitive market. 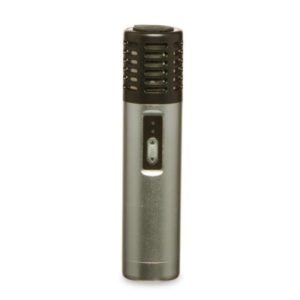 The first Arizer Air was so well received was because of its focus on flavor. The Arizer Air isn’t in anyway a stealthy vape. It’s small, and so very portable, but it is also pretty noticeable. In fact, the first Arizer Air was actually quite big; at least a good bit bigger than quite a few of the models that were out in the market at the time. That said, with it’s aromatherapy technology, which was then in its infancy, it was built solely to handle the dry herbs, which it did very well.

The Arizer Air used a hybrid of convection and conduction to get the most out of both forms, leading to a deliciously toasty and dense vapor production. With both forms of heat behind them, the vaporizer has the potential to be incredibly quick and efficient, allowing you to enjoy the most your herbs can give in a matter of seconds. Apart from the heat, the Arizer Air also got a significant amount of its flavor from its all ceramic chamber. Ceramics are an incredibly common form of build material because it’s been proven time and again that they deliver some of the best flavor to the herbs, but what’s more is that the chamber on the Air leads directly to an all glass pathway which ensures the flavor stays pure.

If It’s Not Broken

Everything that made the Arizer Air 1 so good can be found here in the Arizer Air 2, only taken to a whole new, delicious level. Many of the heating elements are still the same, with the Arizer Air 2 relying heavily on its hybrid heat again. The combination of the convection and conduction keeps things deep and toasty, clear signs of a good convection heat, as well as the vape speed of conduction. The Arizer Air 2 has retained the amazing level of purity it got with the previous model by making sure it kept the same isolated air path that goes directly from chamber to borosilicate glass mouthpiece. Keeping the vapor path separate from anything that may instill a bad flavor is a time honoured technique that keeps the experience tasting good.Also, the final nail in the flavor coffin, they’ve kept their ceramic heating element which of course in one of the best materials for delivering some of the best flavor to your vapor. All in all, everything that made the last vape so fantastic carried over here, and with the power systems getting a massive upgrade as well, this vape has just excelled in the affordable flavor bomb department. 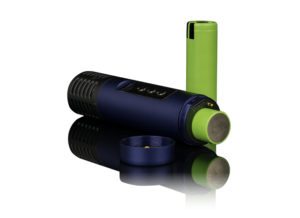 This vape is at the next level of flavor in a very real way. It’s a combination of raw power and herbal care that makes it a great improvement on the last model. The Arizer Air 2 also comes with a lot of other power improvements, such as a greater battery capacity, which allows for it to have such a fast heat up time but also allows it to heat up much faster while lasting longer overall. How much longer will it last? Well it seems to last a full 50% longer than the first Arizer Air, making it all the more portable as you could leave the house with it and it would probably last you the whole day.You can see the difference in the power this thing outputs in the density of the vapor you’re drawing from. The clouds you exhale will be so much bigger than those of the average vape or indeed from the original Arizer Air itself. You can really feel this unit in your lungs and it’s a great feeling to have that much power pick you up in the morning or settle you at night. 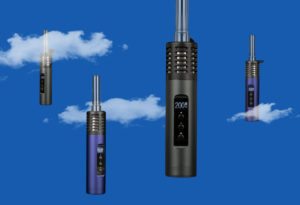 Already, throughout this article, we’ve talked about how the vape has retained all of the vital heating elements that gave the Arizer Air such attention. These include the isolated air path built into the vape so that the vapor doesn’t come in contact with anything that may taint the vapor. The vape also includes what they’re calling Aroma Tubes which are essentially their borosilicate glass pathways but laced with flavor enhancers to greatly improve the experience overall. The Arizer Air 2 is one of the most flavour focused vaporizers out there. It doesn’t bothering coming with stealth modes or multiple different smartphone apps; it instead works to be consistent and reliable while providing the best vapor it can. It’s a great choice to adapt to your busy life. The Arizer Air 2 produces amazing vapor from your first draw to your last in every session all thanks to that amazing hybrid heat.

The fact that this vape relies solely on vapor, is portable, and has risen to this level of acclaim is really exceptional. However, If you thought this vape was just going to stop at just the vapor, you clearly don’t understand just how much care went into the Arizer Air 2. It comes with a whole range of nice extra’s that round it off as a great personal vape, such as it’s ability to hold pass-through charging through a USB port, allowing you to not only charge it from a computer or another device but while you’re using it as well. You’d be surprised by how few vapes are capable of doing that. The hybrid heat settings come in 5 different colour coded categories which begins at the blue setting at 180C/356F and runs all the way up to the red setting at 210C/410F.

When it comes to how portabl the Arizer Air 2 is, well, it’s very tall. Taller than a lot of portable vapes, but it’s also quite thin, so it could probably find it’s way easily into your pocket. Apart from that, to look at, the vape is quite noticeable, especially if the mouthpiece is connected. For optimal portability, remember to move the stem often, but only once it’s been cleared out. Many versions of the vape are also brightly coloured, such as the blue option, but going with matte black will increase its stealth greatly. What’s really amazing about the vape though is that they’ve managed to fit all of these improvements into a vaporizer that is actually the same size as the old one. A 50% increase in power within the same package is nothing to turn your head at. Don’t worry though, it’s not like you’ll be forced to leave your stems behind because even though the Arizer Air 2 can fit into your pocket, it’ll find a better home in the Arizer carrying case it comes with which has separate compartments for. All in all if you’re looking for a dependable, sturdy and slim fitting vape to take with you anywhere, you really can’t go wrong with an Arizer Air 2.