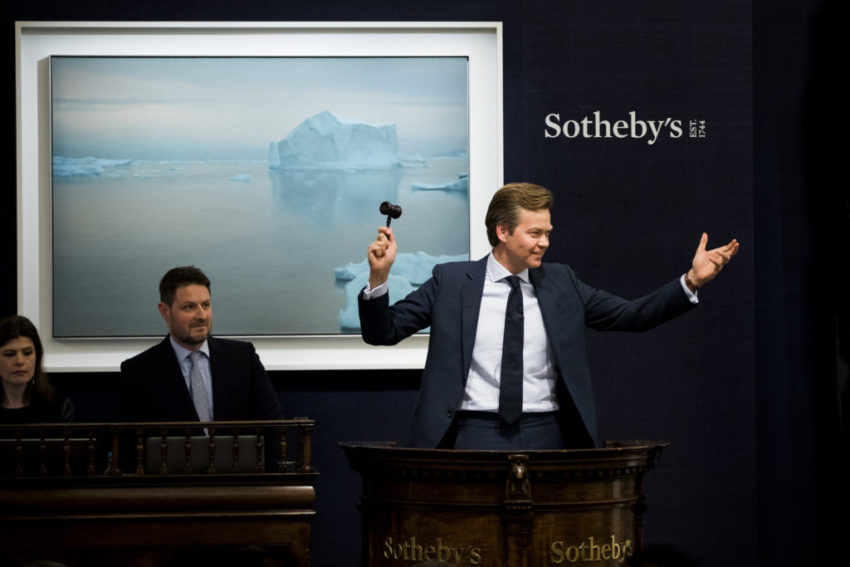 Sotheby’s has undergone some important changes over the past few months.

On September 5th, Sotheby’s shareholders voted to accept a $3.7 billion bid from French telecom mogul Patrick Drahi to take the centuries’ old auction house private by the end of the year.

Sotheby’s had been the only major auction house to be publicly listed, and its shareholders are hoping that going private will enable it to better compete with its rivals. As a private company, for example, Sotheby’s will be able to guarantee a minimum sales price to consigners.

Drahi, an art collector with a history of enacting major reforms at the companies he owns, has already started setting out his vision for the future of Sotheby’s. He’s brought in a new CFO, Jean-Luc Berrebi, and a new CEO, communications and media executive Charles Stewart.

As Sotheby’s kicks off its first fall auction season with this fresh leadership, Drahi reportedly has some big plansfor ensuring the company’s growth. By taking full advantage of technological innovation and expanding services like shipping and financing artworks, the famed auction house is reportedly aiming to double its turnover over the next five years.

Not great, not terrible start to the fall season

The once-marquee fall auction season has proven slow across the art market. No important estates are scheduled to be auctioned off in the next few months. What’s more, collectors appear reluctant to part with big-ticket items at the moment, meaning that this autumn seems set to be a “season with few trophies” for the major auction houses.

When Sotheby’s first brought pop artist Ed Ruscha’s “She Gets Angry At Him” out over the block on Thursday, the painting—part of Mark Jacobs’ personal collection, which the designer is selling off in its entirety—didn’t have a single taker. Sotheby’s eventually managed to sell the Ruscha, as the very last lot on Thursday evening, for a paltry $1.7 million—below its lowest estimate of $2 million.

Only one work, a Monet painting of London’s Charing Cross Bridge, sold for more than $20 million—a stark comparison to last year’s auction, when seven lots broke the $20 million mark.

Last week wasn’t all doom and gloom for the auction house. Thanks largely to the contribution of a single Asian private collector, who splashed out a total of $54.4 million and scooped up the night’s two biggest lots, Sotheby’s contemporary art sale on Thursday still netted a solid $270.6 million. Some paintings—such as Kerry James Marshall’s “Vignette 19”— garnered fierce bidding wars and sold for well over their high estimates.

US courts rule against Sotheby’s

Also last week, however, the U.S. Court of Appeals for the Second Circuit ruled against the auction house, finding that Sotheby’s must produce documents to be used in foreign criminal proceedings regarding the art scandal popularly known as the Bouvier Affair in both Switzerland and Monaco.

Sotheby’s had attempted to avoid handing over the documents on both confidentiality grounds and by arguing that since it was named in the Swiss proceedings, it should be shielded from orders to produce the documents. The Second Circuit rejected both arguments.

Although the discovery order relates only to Switzerland and Monaco, the dispute has also spawned litigation in Singapore, France, and the United Kingdom.

Sotheby’s has been locked in legal proceedings for over a year with billionaire art collector Dmitry Rybolovlev and two of his companies. Rybolovlev has alleged that the auction house “aided and abetted” the apparent scheme by which Swiss dealer Yves Bouvier supposedly defrauded the Russian collector out of more than a billion dollars.

According to Rybolovlev, Sotheby’s “knowingly and intentionally made the fraud possible” by providing Bouvier with valuations to justify the high prices the Swiss dealer was charging his billionaire client.

Sotheby’s has steadfastly denied any wrongdoing, insisted that it was not aware that Rybolovlev was Bouvier’s final client, and filed a countersuit in Swiss courts.

Sotheby’s had also sought to have Rybolovlev’s New York suit dismissed, though a US District Court judge denied this motion in June and ordered the release of previously confidential documents. The latest court ruling suggests that the case will continue to be a thorn in Sotheby’s side for months to come.