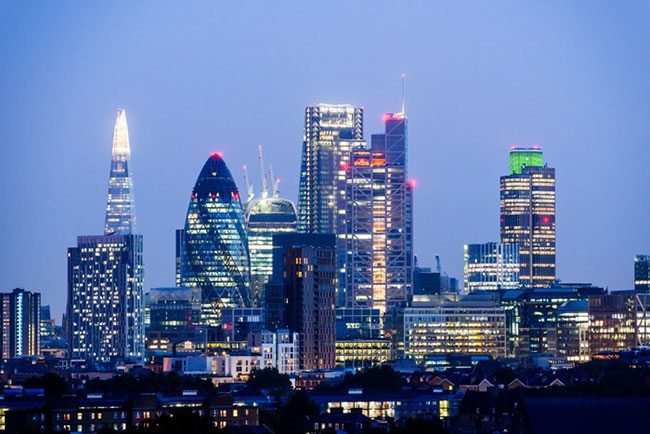 Are you one of those people who need to see the proof before you believe? You’re not alone. How wise will you be to pour time, money and energy into building a Smart city if it won’t work?

So we’ll provide you with proof to motivate your endeavors in creating advanced cities where technology helps you:

And with advances in technologythere’s much more to come.

What proves that this can really work? 10 of the best existing Smart cities from across the globe.

No wonder Vienna was awarded the title of the most liveable city in the world in 2018. Many factors such as education and political stability play roles in this rating. Another factor is safety and with Vienna being a Smart city it’s safer than many others as technology helps manage security features.

Vienna is also greener than many cities and plans to install 300 000 solar panels by 2020. It benefits its citizens with excellent traffic management as well as public transportation services. Even its buildings are utilised in the Smart city system, making this city a leader in the field.

Singapore is no less impressive. Despite an extremely dense population the city doesn’t put resources under pressure. It continuously develops its sustainable infrastructure and is extremely clean & tidy in general.

What sets this city apart is the buzz around innovation.Singapore wants to improve even more and so it has a healthy innovation hub where start ups deliver more innovative ideas all the time. International entities are involved here, but also many locals.

The advantage Singapore has is that it can quite quickly create or adopt policies to fit the requirements of advanced technology. This is because of single party domination in the political arena. Other countries take longer to adapt policies when they want to change legislation such as how technological advances influence privacy or security.

London can be proud that 47% of the city has been turned into green spaces. This Smart city is a leader in benefiting the environment, but is still in the process of truly harnessing the power of the IoT. However it already excels in these areas:

Despite a large percentage of older generation citizens, Barcelona is at the forefront of modern living. The city showcases the usual features of Smart parking to help counter traffic congestion and it has hybrid busses. With apps and live TV cameras the city helps people navigate traffic.

The city has the advantage of getting a lot of sunlight and this sparked a movement to utilize solar power. Solar water heaters are used everywhere these days.

Data collected by the city is available to people and businesses. This motivates everyone to keep on working together to make the projects work.

San Francisco needed help combatting traffic problems in this city with its many inclines which tend to make congestion even worse. Local government found the solution in Smart technology. Citizens also enjoy the benefits of Smart parking which also prevents a few congestion problems.

Oslo isn’t simply smart, but also noted for the sustainability of all its plans. Here is a prime example of how LED lights, processing stations and sensors can be used to limit power wastage. Many lights in Oslo only burn as bright as they need to be. They’ll be bright in foggy conditions, but will use less energy on clear nights.

The city’s method of combatting traffic problems is by monitoring cars via number plates. This data can be utilized to calculate congestion charges.

This was 2017’s Smartest City and this is thanks to some original ideas:

Another city at the forefront of the innovation game is Amsterdam. It won ‘Europe’s Capital of Innovation Award’ in 2016. Government digitization is quite high and there’s been a movement to improve buildings—homes and businesses—to become energy efficient.

A unique approach in this city is to improve education with Smart methods such as Wi-Fi in all schools and improved administrative support. This is necessary to optimally utilize the 30 000 tablets and 45 000 computers found in schools.

If you want fast internet speed, Stockholm is the place to go and the government improved its services by going digital & ensuring citizens participate throughout.

From the list you can see that each city utilized technology in unique ways. Their approaches are determined by the needs of the locals and each city can make technology work for them in customized ways. What do your citizens need the most? Advanced technology has a solution out there.