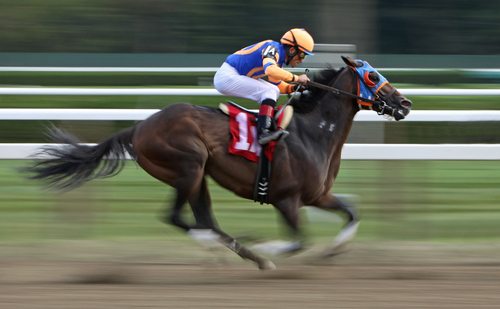 May 14th was an historic day for American business. Following years of debate, rumour and campaigning, the Supreme Court of the United States finally ruled that the federal ban placed on sports betting back in 1992 “violated the right of individual states”.

The move now gives each state the liberty to legalise sports betting state-wide.

Delaware was the first to alter their legislation on the 5th June, while gamblers in New Jersey are expected to be able to wager on sports from today – the day the football World Cup begins in Russia. The bill was signed on Monday.

“It means that our casinos in Atlantic City and our racetracks throughout our state can attract new business and new fans, boosting their own long-term financial prospects. This is the right move for New Jersey and it will strengthen our economy.”

Sports betting has been treated with scepticism and scorn in the United States ever-since the 1919 baseball World Series between the Chicago White Sox and the Cincinnati Reds where the White Sox were found to have fixed the series to win $10,000 each. The scandal was only made worse by the fact that 13 years previous there was another fix involving two top professional American football teams.

As a result, the states banned various forms of gambling by targeting the operators, facilitators and the bookmakers, but though this only drove sports betting underground, no state, apart from Nevada in 1975, took the measure of fully legalising it. There wasn’t a desire for it.

However, following the explosion of sports betting in Europe and the UK since the turn of the century, punters, politicians and businessman across the US looked on in envy and have since created a groundswell of support for legalisation.

The organisation themselves aren’t quite as on board, though. The National Football League still stand vehemently against the legalisation of sports betting, but they now stand alone in their position alongside the other ‘Big Four’ sports in the US, and though the MLB, the NBA and the NHL aren’t exactly desperate for the change, their lack of robust opposition has only eased the legalisation through the door.

But right now, how the whole betting landscape will look is up in the air. A vacuum needs to be filled, though whether that will made up by local businesses or international corporations is not certain, but UK firms are already circling.

“It’s something that we’re really focusing on, but equally we don’t want to overhype it,” said the spokesman at Paddy Power Betfair, James Midmer.

The move in the US comes at a fortunate time for the big players of the UK gambling sector for whom many have had to consolidate due to online competition and increased regulation. The opening is a once in a generation opportunity for the industry, and an opportunity so few UK businesses get, however, things won’t be straightforward.

How firms get licensed, what markets will be available, and where exactly sports betting will be legal will vary from state to state. Whereas in the UK, sports betting is accessible everywhere from high streets to mobile phones to stadiums, and the firms almost get free-reign on what markets they offer.

This all means that the estimates for the industry’s potential revenue ranges wildly from $4.2bn up to nearly $20bn, though since the decision, shares within the UK industry have risen sharply with both 888 and Paddy Power seeing gains of over 10%. Playtech, the UK gambling software company, saw their shares rise by 3%.

But the big names won’t just be able to waltz in and claim the untaken ground. Lobbying state lawmakers will now be the strategy for the UK and Europe’s heavy hitters. Ireland’s Paddy Power have already acquired New York based fantasy sports website’s Fanduel and Draft in an attempt to build connections and William Hill of London have also been investing in the US market since 2011 in anticipation of the change in the law and they currently employ over 400 in Nevada.

“The US is going to be the biggest sports betting market in the world. Obviously, that’s not going to happen on day one,” said the chief executive of William Hill, Joe Asher.

“We certainly intend to have a very significant brand presence in New Jersey. In other states, it will just depend on regulation and potentially who our local partner is.”

The gaming industry, just like any industry in the USA, is a tough nut to crack, yet the UK gambling firms truly hold the key in terms of expertise and technology right now, and with online casino likely to be legalised too in the following months, the landscape couldn’t look more salivating for the British players. We’ll find out soon whether the lawmakers will let them in to play ball.