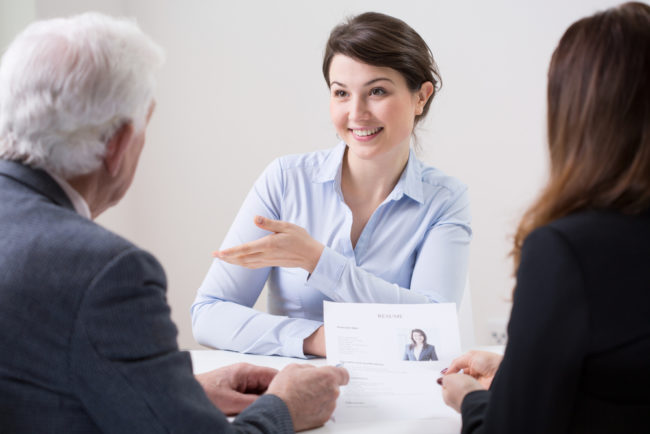 A good CV is every candidate’s best chance to make a great first impression with a prospective employer.

If you have a long and storied employment history, putting one together isn’t likely to be such a daunting task. However, if you’re just entering the job market, or are looking to completely pivot careers, it may be harder to get your most valuable qualities across. As recruitment agency Salt notes, writing a CV without work experience will often require starting your own projects, or putting the focus on transferable skills and applying them to the role you’re applying for.

However, as recent research from the University Of Law has shown, more than half of Brits already in employment felt compelled to lie on their CV. These infractions may be minor—fibbing about your age, for example—and if there’s a significant gap in your work history, it’s almost understandable why you would choose to embellish the truth to impress an employer. But there are still consequences to doing it, especially if you end up landing the job as a result.

Does lying on your CV actually work?

According to a survey by CV-Library, nearly 80% of people would be worried about getting fired once bosses cottoned on that they had lied on their résumé. Job lister Dice also points out just how recruiters will do their due diligence when it comes to trying to catch candidates they suspect of lying on their CV, from talking to mutual contacts to testing each professional on the skills they purport to have.

The University Of Law study we cited earlier also showed that just 10% of candidates who have lied on their CV went on to successfully get the job they wanted as a result. Furthermore, the things candidates thought would be important to employers—such as experience—are actually less significant than less concrete skills such as communication, relationship building, and organisation.

How risky is it to lie on your CV?

It isn’t just the minimal pay-off that should deter people from lying in a job application. When it comes to experience, qualifications, or skills, lying on a CV puts both you, the applicant, and the employer at risk. Indeed, if caught, you risk facing up to a decade of jail time, as well as having your profile flagged up for six years so future employers know you have a history of lying on your CV.

This can be hugely damaging to your reputation, and arguably a silly move to make when you consider how easily this information can be proved or disproved. In 2017, recruiters Reed reported that, through their pre-screening process, nearly a quarter of CVs were shown to include some information which could not be confirmed by their own research into candidates.

There have been some major ramifications for applicants who successfully find themselves in a new job after lying to get there. In 2009, a director of the NHS Stoke-On-Trent Primary Care Trust was given 12 weeks in prison after he was discovered to have lied about two academic qualifications and his membership of the British Psychological Society on his CV.

It was later found that he had repeated these lies on previous job applications, stretching back a further six years. Others have been fined thousands of pounds and barred from working within their profession for a set period of time.

Ultimately, if your lies are big enough, you could face legal action, dismissal, and prosecution for fraud if you are caught. If fined, you may not only face the court-ordered costs but, if you were hired via a recruiter, you may also have to pay back your former employer for their costs of using a recruiter in the first place. So as tempting as it may be, the consequences of lying on a CV are far too severe to risk.

If you do find yourself considering it, simply try to see your CV from an employer’s perspective, and describe your experience and skillset in a way they would find most desirable.