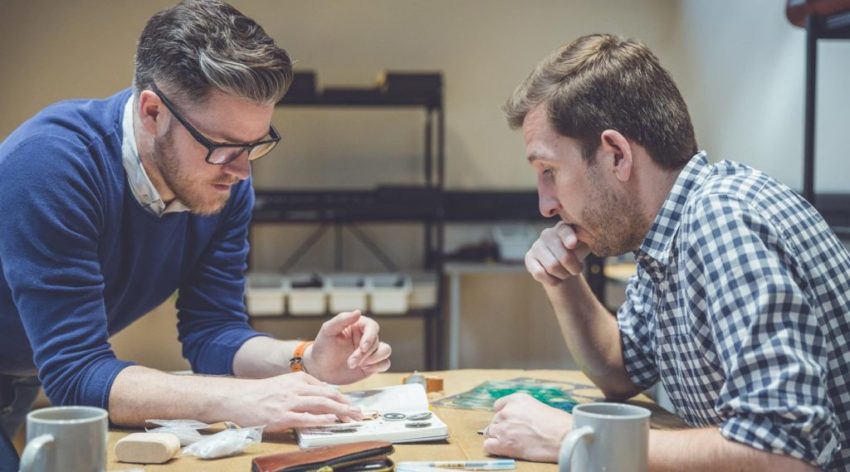 The burgeoning watch brand, which received a £600,000 crowdfunding investment last year and saw a 488 percent jump in profits between 2015 and 2018, says the move is part of a planned expansion strategy but was also strongly influenced by Scotland’s position on remaining in the EU.

Since it was launched in 2015, Marloe Watch Company has been riding high on consumer demand for its heritage, mechanical timepieces.

The company, which was founded remotely thanks to the founders’ chance meeting in an online watch forum, is helping to bring about something of a renaissance in mechanical watches for the average person Previously, almost exclusively the domain of the most expensive watch brands, Marloe Watch Company’s timepieces are democratising the everyday ritual of winding and wearing a mini engineering marvel on your wrist.

Last month, the brand moved its operations from Henley-on-Thames to Scotland, doubling the size of its head office and bringing together its existing Perth-based design studio with its wider business operations. The move wasn’t too disruptive to the existing team, who are almost all exclusively Scottish, including Gordon Fraser the business’s other co-founder and lead designer – originally from West Lothian. The business now has an almost immediate need for staff and plans to recruit locally.

Oliver Goffe co-founder said; “As a business, we are certainly pro Remain so a Scottish base sits better with our values. We want our children to grow up in a global world, not one that’s ring-fenced. Our values are much more in-line with Scotland than the rest of Britain right now.

“Brexit certainly closes some doors for British business and there is concern about how the effect on trade and recruiting EU talent will be managed. As a business, we would have preferred to remain and, post-Brexit, this is more likely to happen for Scotland than for the rest of Britain.”

As well as its strong heritage and artisan credentials, getting out and exploring the great, and sometimes challenging outdoors is a key brand message for the business which fits well with Scotland’s breath-taking and rugged surrounds.

Each of Marloe Watch Company’s collections is inspired by examples of great British exploration and adventure. The Coniston is inspired by Donald Campbell’s life-endangering speed challenges on Coniston Water and the Haskell by Captain Robert Falcon Scott’s Terra Nova Expedition to reach the South Pole. Scotland was also central to the inspiration behind the brand’s first dive watch, the Morar – named after Loch Morar, the deepest body of water in Britain.

The move marks the start of a new period of intense growth for the business. Following the investment achieved last year, the brand is working towards achieving annual sales just shy of one million pounds by the end of 2020. But despite its ambitions, it is committed to the integrity of its timepieces and customer experience. Oliver Goffe said; “We are focused on ambitious growth but want to avoid becoming a behemoth that loses touch with its customers and sight of our values. At the moment, we are working towards employing a small team of talented people to produce products that change the way people think about watches.”