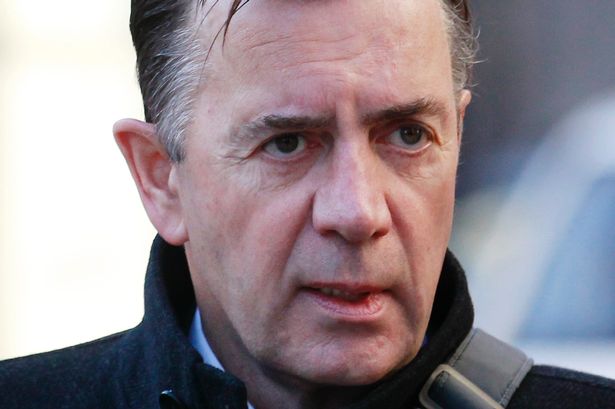 Duncan Bannatyne reveals the warts and all heartbreak of his marriage breakup and divorce to second wife Joanne McCue in his autobiography Riding the Storm. His personal revelations demonstrate that no amount of money or career success can lessen the pain of divorce.

Despite his millions, the business angel says that the end of his marriage crushed him physically and emotionally and, as the divorce process continued, he turned to drink and became increasingly depressed.

Duncan, well known for his no nonsense style, reveals that he had to flee the television studio during the recording of Dragon’s Den to “go and cry somewhere” after discovering his wife was divorcing him.

When Joanne broke the news via a text message that she wanted their marriage to be terminated while he was filming the ninth series of the popular BBC 2 business programme, Duncan writes that “I couldn’t believe that after 18 years together she didn’t tell me in person”.

He describes waiting on Darlington railway station for a train to London with “tears streaming down my face” and feeling that the only way to “make the pain stop” would be to jump in front of a fast train.

Duncan’s despair turned to anger as he labelled his ex-wife a “gold digger” and revealed that the couple had not signed a pre-nuptial agreement. The Dragon even vented his feelings on Twitter – on one occasion Tweeting “#singleBecause I didn’t sign a prenup#divorcedformoney”

We live in a society where it is still perceived that ‘real men’ – particularly successful and powerful men – keep their emotions under wraps. The entrepreneur’s admission of his fragile state of mind serves as a lesson that even the strongest people can plunge the depths of despair when their marriage falls apart.

Throughout my decades as a family lawyer I have witnessed clients from all walks of life – including many running successful businesses – who have struggled to cope with the emotional fall out of separation and divorce. On numerous occasions I have driven to meet distraught clients in pubs and tearooms out of office hours – because they feel alone, depressed and vulnerable.

During the day these business leaders may be holding it together, but when staff leave and the phones stop, these successful business people may have no one to talk to and they can feel isolated.

Apparently Duncan’s best man advised him to draw up a pre-nup and that raises the question why the TV celebrity – who had built and grown a substantial business empire and whose divorce left him ‘financially crippled’ – ruled it out?

Lawyers and other professional advisers will often recommend that business owners sign such an agreement, so what are the lessons from the Dragon’s Den star to lessen the emotional and financial pain of divorce?

1. If you are the one seeking a divorce, then make time to have a face to face conversation with your partner. It may be tempting to text messages or email to break the bad news, but is that fair? You are about to deliver devastating news to your partner – someone you presumably loved at some point in your relationship – so consider how that will affect them emotionally and psychologically.

2. If you are the hurt party then, like Duncan Bannatyne, you may feel depressed, suicidal and perhaps very alone. Duncan was fortunate to be supported by good friends including his Dragon’s Den co-star Peter Jones. However, men in particular can find it hard to talk about their feelings to their mates. A good family lawyer should be able to refer you to a counsellor or talk to your GP about what help is available.

3. In business you wouldn’t appoint someone without personal recommendation or a good reference – the same applies to choosing a divorce lawyer. Ask around among friends, colleagues and professional advisers to find someone you rate and like. Not only will a respected, experienced divorce lawyer provide sound, practical advice he or she will also offer you appropriate support through what may be many challenging and emotionally draining weeks and months

4. It is extremely unhelpful when friends and family decide to meddle or badmouth your ex so I would advise asking them to stay on the side-lines and instead offer you emotional and physical support when you need it. Social media platforms have provided new, very public platforms for some people to promote extreme and inappropriate views. For example, Duncan says that he discovered one of his “Twitter trolls” who was writing anonymous “bullying” tweets, was related to his ex-wife.

5. The entrepreneur says he became increasingly angry about the financial side of his divorce; worrying about how he would continue to support his children and his charities. While such anger is understandable, I recommend a non-confrontational approach, wherever possible. Negotiation is the best way to resolve critical, yet often challenging financial settlements – including if a business is involved. If you have signed a pre-nup this agreement gives both parties clarity about their respective financial positions post-divorce. In the absence of a pre-nup, negotiation can avoid the trauma and added cost of court if you and your ex, together with your lawyers, work collaboratively to discuss the issues and different solutions.

The entrepreneur’s poignant revelations reinforce how even the most successful, hard-nosed business leaders allow their hearts to rule their heads when it comes to affairs of the heart. Once recovered from this ordeal – and if considering marriage again – he will undoubtedly be saying ‘I do’ to taking up a pre-nup – and taking the next Mrs Bannatyne down the aisle.

One of the UK’s most sought-after divorce lawyers, founder of Jones Myers in 1992, first qualified arbitrator in Leeds and former national chair of Resolution. Peter has experience at the highest level in all aspects of financial disputes and is an expert on issues relating to small family businesses
View all posts

One of the UK’s most sought-after divorce lawyers, founder of Jones Myers in 1992, first qualified arbitrator in Leeds and former national chair of Resolution. Peter has experience at the highest level in all aspects of financial disputes and is an expert on issues relating to small family businesses