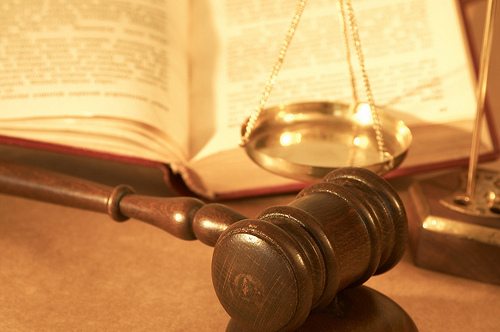 I receive numerous email updates on proposed changes to employment law legislation. Often its dull, occasionally it’s hard to read, but once in a while there’s a really important piece that catches my attention. The example below is one that has caught my eye and I felt the urge to share given its potential to have a positive influence and impact on small businesses. It affects changes to the tribunal process, to potential claim amounts and to the settlement agreements themselves, so let’s have a look at each in turn:

Firstly there’s going to be an introduction of tribunal fees. I’m a staunch advocate for the tribunal process and I’ve helped many friends and individuals battle through the legal landmines when they have genuine issues and disputes. But, currently any disgruntled employee, or ex employee, can click on the HM Courts and Tribunals service website to find a claim form against your company and take you to a tribunal.

This can happen even when you know you have absolutely followed procedure and completed every possible challenge in the difficult employment situation you have found yourself in. It can lead to frustration, diverted senior managers, expensive solicitor’s fees and all manner of frustrations you can ill afford.

Tribunal fees are expected to be introduced by July 2013, so that when a person makes the claim online they will be asked to pay an initial fee for lodging their claim – an ‘issue fee’ – and then be liable for a subsequent ‘hearing fee’ if the claim proceeds to a full tribunal hearing.

The level of fee will depend on the type of claim. Examples are:

While my gut reaction is ‘woo hoo,’ these should stop a frivolous claim, I can’t help thinking it may be a bit toothless given there is a caveat that those who genuinely can’t afford the fees can apply for ‘fee remission’. This applies to those who can demonstrate that through submitted proof of their financial situation, they are entitled to either a full or partial reduction. Given most claims are from people who have just lost their jobs, I’m sure many will try this, and be eligible.

This brings me nicely onto another change – to the planned changes to ‘compromise agreements’. For those who don’t know, these are legally binding documents that settle all and every appropriate claim between an employee and usually ex employee in exchange for some cash – ‘settlement’. By introducing a statutory code of practice, the Government is hoping to simplify the process and have renamed the compromise agreement a ‘settlement agreement’ in their Enterprise and Regulatory Reform Bill 2012-13. The Government is aiming for the Code of Practice to be introduced this summer. The idea is that disputes can be settled BEFORE a formal dispute arises. There is legal protection from it being referred to in subsequent proceedings if the offer fails, and the employee may reject the offer with no fear that that will be used against them during any subsequent process (except in discrimination or automatic dismissal circumstances).

Personally, I welcome the change. How often do you find yourself in a situation when actually the best thing for all concerned is a parting of the ways – except you daren’t do that given the potential repercussions? The Code of Practice will include (non-compulsory) template letters, include best practice guidance on the when, the how and include a model settlement agreement. It remains to be seen how the lawyers of the UK will view them…

One thing the Code won’t do however is set a price or tariff of how much should be charged for negotiation of the final financial settlement. This aspect is still a matter for public consultation so watch this space.

Next there are discussions ongoing about introducing an early ACAS conciliation BEFORE a claim is lodged to tribunal. Currently ACAS must get involved after a claim is lodged. This would require the employee to contact ACAS to request it and then, if both parties agree, ACAS would conciliate for one month (which can be extended by mutual agreement for another two weeks) before any claim can go to tribunal. If the offer of early conciliation is refused then the employee can go straight to tribunal.

Which brings me to the final part – capping potential unfair dismissal compensatory awards in tribunal to the maximum of one year’s salary, or to the current maximum compensatory cap of £74,200, depending on which is the lower. Given the latest Ministry of Justice employment tribunal statistics showed that the average compensation payout for unfair dismissal was just £4,560 and only 2% of unfair dismissal awards exceeded £50,000, I’m not sure why this is being brought in, but I welcome any attempts to bring some sanity onto a fraught process as an employer. At least now the risks and potential liabilities may be easier to understand and calculate should this change actually come to pass.

No dates have been confirmed as to when these changes may happen, but is believed this summer 2013.

So, do you think these changes would positively impact disputes within your business? Tell us your thoughts by following us on twitter @3domSolutions.