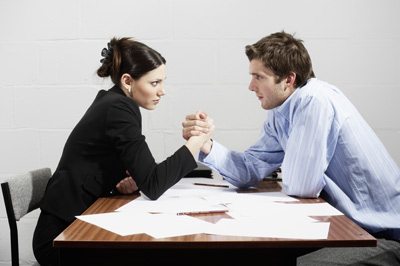 This has become even more true in the current market conditions – where savvy buyers and decision makers are looking to get the best value when they’re purchasing. Therefore to get good results, the salesperson or business owner has to be able to stand their ground in a negotiation in order to get the price they deserve. Sadly, this often isn’t the case.

So why is it that the buyer or decision maker often has the upper hand when it comes to negotiation?

Most salespeople get negotiated with before they’re ready. So if you think that a meeting or phone call could result in a negotiation, make sure you prepare for it beforehand! If a negotiation starts before you’re ready, don’t be afraid to postpone it and re-schedule it for another time when you’ve had chance to prepare.

Another main reason that salespeople struggle to get better results from their negotiation is that on most occasions, they’re so desperate to win the deal that this comes across to clients, and the clients use that as leverage to swing the negotiation in their favour.

Prospects and clients can smell desperation and it certainly isn’t attractive! One a client knows the salesperson is more desperate to do the deal than they are, that’s just given them the green light to get the best deal they can – at the expense of the salesperson

It’s about time as salespeople that we got some pride back and realised that prospects and clients often want to do the deal as much (or sometimes even more) than we do – but often we don’t know it.

Reason 3 – You Fail To Spot Their Tricks

Any buyer or decision maker worth their salt will attempt to play tricks during a negotiation. If you can spot these and deal with them, then you’re usually fine. However, most salespeople aren’t even aware what the other party is doing, think that their tricks are real, and end up falling for them!

If you can learn how the buyers and decision makers are tricking you into losing profit, then learn how to deal with them, then you’re fine. Fail to identify them however, and you could continue to struggle.

Reason 4 – You Don’t Know Enough About The Other Party

Very often there are pressing issues, or demands on the buyer or decision maker’s time – which would force them to do a quick deal – but often the salesperson fails to find that out! Therefore they end up the keener party to do the deal – and often miss out on vital profit that could have been gained, had they bothered to find out more in the first place!

Reason 5 – They Have More Skills Than You

Think for a moment: When was the last time you went (or sent a member of your team) on a professional negotiation skills course, lasting from between 1 and 3 days in total? Possibly never!

Think about the other side: If they’re a professional buyer, you can guarantee that they will have been on such a course. If they’re a decision maker in a business, they’re also likely to have been on a similar course. At the very least, they’re far more experienced at negotiation than you!

Follow the tips above and watch your sales soar! I look forward to hearing how you get on. 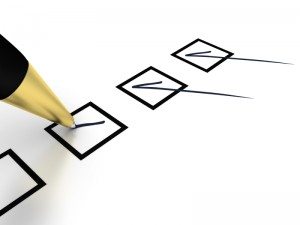