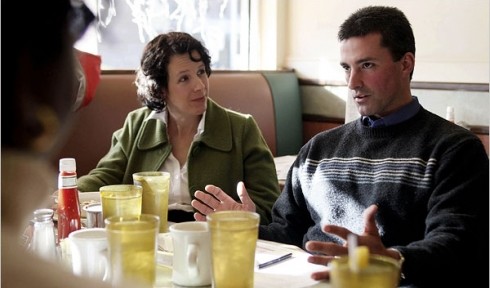 ONE
Take a long-term view
When I was MD of Business Referral Exchange someone came to us wanting to open a group in his local area. At the time we insisted that a group needed fifteen members to start meeting. It took him time to recruit and when he had eight he came to us to beg to be able to open the group.

“I need business NOW”, he said.

My advice was to pick up the phone and cold call. If you need an immediate return, networking is not the tool for you. Networks are built over time, trust is a key factor in people recommending and referring you, and it does not appear over night. Patience is a key factor, as is a long-term view.

Long-termism in networking also allows you to think on a grander scale. As you develop and build your network, investing into the ‘emotional bank account’, you are creating a stronger bank of support to withdraw from when you need to. If you take from the very beginning, people will soon stop networking with you.

TWO
Define success
Are you clear in your mind what success looks like from your networking?

It is vital that you understand exactly what new business you want to generate, which introductions you need, what support you are looking for. Once you are completely focused on this in your mind, you will find it much easier to determine which events you should attend, recognise opportunities when they come along and to clearly communicate to others how they can help you.

THREE
Hone your message
If you’re not getting support and referrals from people in your network, stop blaming them and look at yourself.

How well are you expressing yourself? How easy do you make it for people to support you?

We all lead very busy lives. As much as we want to support those closest to us, the harder it is to do so, the more likely we will move on and do other things. Make it simple for people. Communicate the support you need, be very specific and, above anything else, when someone is in a position to help you, ask them. Don’t simply assume that they will recognise the opportunity to help you if you don’t point it out.

Of course, this step only works if you have built the relationship with them first and they want to help you.

FOURStay with it
A short-term view in networking unfortunately leads to people writing off various groups and networking sites before giving them a chance to produce a return. Although things are improving, there are still people who attend groups seeking a set number of leads, rather than treating each event as a step in the right direction. As a result, they end up visiting lots of different meetings, collecting bundles of business cards and never building relationships.

If you have taken the advice above and set longer term objectives, you can join the right networks to take you there, with a clear idea of the commitment needed from you to achieve those goals. It is rare that a network will produce to its full potential in the first few months of membership.

FIVEEngage, don’t broadcast
The growth of sites like Twitter has shown both the best and worst of networking. At its worst, there are people who use sites like this to simply broadcast their message, without listening.

Just as with event sponsors who expect people to buy from them just because they have a stand and a couple of minutes to plug their product at an event, they will be disappointed when the results aren’t quite what they had hoped for.

Networks have moved us towards a society where communication is two-way rather than one. Companies have to listen to their customers now, rather than just sell to them. Similarly, we need to engage with people in our networks, listen to them and join in conversations.

As people find out more about us and as we help them more, they then let us know when they are ready to listen to us and possibly buy from us or pass our message onto our target market.
SIXGive and take
‘Givers Gain’ is the mantra of members of Business Network International (BNI) and both sides of that equation are equally important.

Thanks to BNI’s motto, it is now commonly recognised that you need to give to your network before you can expect to receive. And those gifts you offer should be without expectation of return; networks don’t always deliver your reward from the same direction in which you gave.

Where many networkers fall down however, is in being ready to take in return. We can be in so much danger of not being seen to ‘hunt’ that we are frightened to ask for help when people are ready and willing to offer it.

Know who wants to support you in your network and understand how they can. Then help them to do so and accept their help without guilt.

SEVENA wider perspective
The power of networks lies not in the people in our immediate vicinity but in those they know. And that power is exponential. If we have a strong relationship with 150 people, who each know 150 people well, that means we are within one strong introduction of 22,500 people.

Yet so many people can’t see beyond the person in front of them. They go to events and target ‘low hanging fruit’, talking about products in the lower range of their offering because they think those are more relevant to the attendees at those events, or turning down invitations because they won’t meet prospective clients.

Build relationships with people you get on with and don’t ever worry about selling to them. Instead, develop their trust and they will introduce you to the people they know.

If they are ever in a position to buy from you themselves, if you have developed the right levels of trust and understanding they will do so. In the meantime, they could be referring you to a number of their contacts, which could be a lot more valuable to your business.

EIGHTEveryone’s an individual
Just because you have built your network to large numbers, it doesn’t mean that they will all act in the same way and respond to the same requests.

I received some national press coverage last year because someone in my network asked how he could help me. Instead of reeling off a list of prospects I’d like to meet, I mentioned that I’d like to build my media coverage. Why? Because he was the former executive editor of a national newspaper. I knew he would be comfortable referring me to someone else from the media.

I have heard so many requests for introductions over the years which focus on why the person wants the introduction, not on the value they offer to the person they are asking to be introduced to. Remember the
all important words, ‘What’s in it for them?’

When someone agrees to introduce you, they are going to enter into a conversation where you are not present. They need to be able to answer the questions that they will face confidently and leave the other person interested in speaking to you and eagerly waiting for your call. That means that they see your relevance to them, how you are going to solve their problem.

Focus on communicating that relevance effectively and people will find it so much easier to refer you.

TENTake risks
‘You can’t make an omelette without breaking some eggs’, as the old saying goes. If you are going to maximize your return from networking, you are going to have to get out of your comfort zone and take some risks.
These include:

Whatever the risk may be, look at what you want to achieve and ask yourself a simple question.
Which approach is going to take you closer to your goal?

Andy Lopata is one of the UK’s leading business networking and referrals strategists.