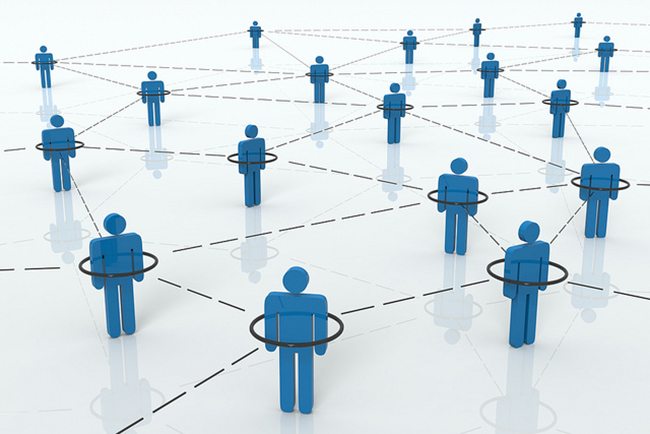 However regardless of all the research showing the potential of social media, and recognising the importance of networking more generally, there is a lack of research that goes beyond such generic, headline advice.

For example, the distribution of SMEs operating in particular industry sectors is by no means uniform across the UK. As research offered by Hiscox highlights, different business sectors are subject to very different geographies and densities of concentration. This has direct relevance for any discussion of networking.

There is, after all, little point in a boiler manufacturer spending valuable time and energy courting the attention of a local shoe manufacturer. Networking is necessarily a more targeted activity than simply casting one’s net willy-nilly. And if there are only a limited number of potential suppliers and/or prospective clients in the immediate vicinity, local networking efforts are unlikely to be overly productive.

The Hiscox heatmap shows, for example, shows the South East of England as a region in which the information and communication industry is dominated by larger organizations – only 25 per cent fall into the SME category.

These may offer opportunities to the SMEs on their doorstep, but as we have implied already, those larger concerns are going to be less interested in spending speculative time with what they will inevitably see as boutique or niche outfits.

Entering into a partnership with an organization that operates on a greater scale can represent an opportunity to scale up a small business, but it can also put serious strains on the junior partner.

Different cash-flow cycles and issues of scale on the production side can present log-jams to the ongoing management of the business. It is, in short, all too easy for the junior partner to be swamped to the point where its margins are trimmed and its processes are compromised to the sole benefit of the bigger partner.

The Hiscox figures perhaps disguise the level of SME activity in a given region. The presentation of percentages of SME activity as against larger concerns tells us little of the number of actual concerns involved. In the case of the South East – hardly a commercial desert in terms of information and technology firms – the proportion of SMEs as against larger concerns is less rendered largely immaterial due to the sheer number of businesses involved.

In contrast to the South East, for example, the West Midlands and the North East of England both show 100 per cent of Information and Communication businesses falling within that SME bracket. Clearly, this is not a reflection of the amount of activity – merely the make-up of the constituencies involved.

What the Hiscox research does point to, however, is the importance of SMEs targeting their networking efforts geographically as well as in terms of scale. Whether that is done on the basis of social media or more warm-blooded interactions is – in the first instance – not the key concern.

What is important is to target the concerns that are capable of delivering the optimum return on the effort involved. Networking may involve the currency of time rather than cash but it nonetheless operates on the same logic of investment and return. As such it is an activity that merits taking seriously.