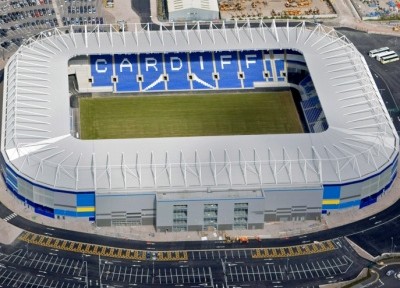 Cardiff City‘s Malaysian investors are seriously thinking of ending 104 years of tradition and changing the team’s colours as part of a highly controversial rebranding exercise that would see the Welsh club play in red from the start of next season.

It’s an idea that is already going down badly with Cardiff City supporters, and one which hasn’t taken the club’s rich heritage into account. If the rebrand goes ahead, the club’s ‘bluebirds’ nickname will become redundant, and it’s been mooted that it would have to change to the ‘red dragons’ to match the new strip and even possibly a repainted stadium.

Football fan or not, there’s a lesson for business here.

As ever, money is the motivator in the Cardiff City rebrand decision. The club’s Malaysian owner, Tan Sri Vincent Tan Chee Yioun, is said to favour red as it is viewed as a more dynamic and attractive colour in Asia when it comes to marketing. In China, red is associated with good luck, happiness and warding off evil spirits.

The business case is that fresh investment would be more likely to come in as a result of the rebrand, giving Cardiff another chance at reaching the Premier League after losing the play-offs over the last three seasons.

But is losing the club’s colours and identity a worthwhile trade off for fans? It seems not. Twitter and the forums are buzzing with dissent.

” I won’t ever turn my back on Cardiff City but will NEVER adopt or wear red as our colours. Unacceptable and crass decision by the club and owners to change the club colours just to appease the whims of one man for flaky reasons at best, lunacy at worst. Cardiff City belongs to fans, communities and history. Colours are our identity. Owners come and go and always will. Never forget that.”

Some marketing experts have hailed the proposed rebranding as progressive. Dr Jonathan Deacon, an expert in entrepreneurship at the University of Wales, told Wales Online that he supports the proposals:

“Red is a very emotive colour and one of passion. I think what comes into play here is from an international marketing perspective, Cardiff City’s owners really understand where their big marketing opportunity is.”

Consumer expert Henry Enos, from the University of Glamorgan said fans should be involved in the decision:

“You have to remember customer and loyalty and the decisions should be taken in conjunction with the fans rather than just steam rolling them out.”

And here’s the important point.

This is one of those proposals so controversial and seemingly far-fetched that the reaction from local media when the story broke was one of incredulity. Was this a belated April Fool?

When it became clear these were serious proposals, fans moved quickly. A ‘Keep Cardiff Blue’ petition was started and campaign graphics produced. Football fans from other clubs across the UK pitched in with their support. Cardiff City fans are a passionate lot, with an active supporters trust.

Thanks to the real time nature of social media, support for the Keep Cardiff Blue movement spread like wildfire across a multitude of platforms within hours.

“There is a principle at stake and I feel that as fans if we agree to the conditions that we will be selling out. One of our favourite fans songs talks about ‘not taking my Cardiff away’. It seems that is exactly what is proposed as one City fan has said. I also worry what agreeing to this will mean in the future.”

What’s clear is that the Malyasian owners, who may have a very strong business case for their proposals, have committed the cardinal sin of any major rebrand.

Every brand needs to take its existing stakeholders along with it at times of major change. To avoid dissent from the ranks of the club’s incredibly strong fan base in south Wales, Cardiff City’s owners should have communicated with fans from the outset, and explained the importance of what they were trying to achieve before making any announcement.

Without the support of key fan representatives, they stand accused of railroading through proposals that make little sense from an emotional perspective, with the media and fans alike focussing on the loss of a century of tradition. An appearance on the front page of The Sun and overwhelmingly negative coverage locally is nothing short of a public relations disaster.

They may be focussing on ensuring the club is not in the red as it aims for Premier League status, but fans will be singing the blues very loudly about these proposals for some time to come.

Ok, so football clubs are a very particular type of business – with a big emotional investment attached to them – but the lesson here is universal.

A rebrand should only be undertaken after careful consideration of the pros and cons of doing so, and the business case needs to be watertight. Ignoring the voice of your most important stakeholders in the process – be they customers, shareholders or employees – is  to be avoided at all costs.