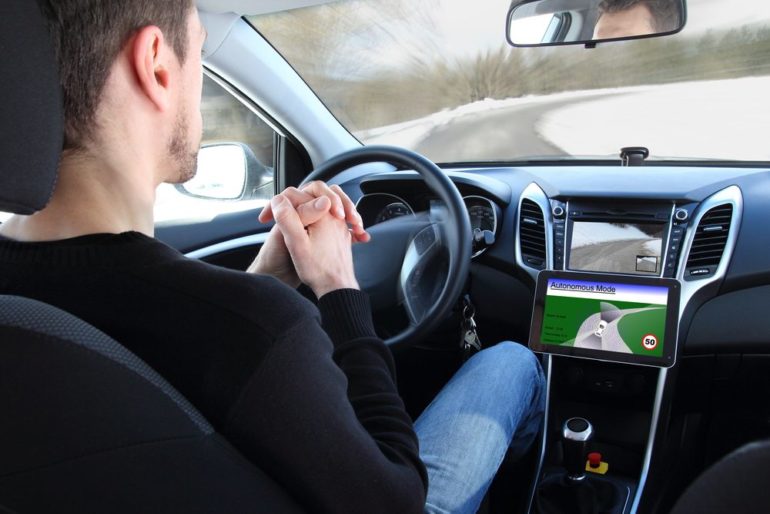 Human drivers on the road could soon become obsolete, according to new research

Driverless vehicles are growing in capability and popular among firms that traditionally employ large numbers of drivers, including food delivery and bus companies. Automation of driving jobs could trigger large-scale redundancies by as early as 2020.

Although few UK motoring jobs have been automated to date, as many as 1.2m face a 67 per cent or higher probability of automation, representing up to £23.9bn in annual salaries.

Among professional drivers, only driving instructors have little to fear, with the 29,000 employed in the UK having only a 13 per cent chance of replacement with a machine1. Other careers might not be as lucky, such as:

Despite advances in driverless technology, jobs in the emergency services are less at risk, with police facing only a 10 per cent chance of full-scale replacement, ambulance drivers 25 per cent, and fire engine operators 42 per cent. It is likely that their additional skills will help protect their careers.

Currently, those insuring their vehicles exclusively for work pay average premiums of £455 annually, while other drivers pay £702. Despite the lower cost, those driving for work still represent 25 per cent of all accidents on the roads, disproportionately high considering they only represent seven per cent of drivers.

Tom Flack, editor-in-chief at MoneySuperMarket, who commissioned the research, said, “Automation will bring massive changes across the whole of society and those who drive for a living may be among the first to feel its effects.

“Tests of driverless vehicles are well-advanced and are soon to be on the roads, with future positions in commercial usage already identified.

“If businesses see an opportunity to save money by making drivers redundant, they are likely to grab it, that’s the nature of competition. We can only hope that automation brings with it fresh employment opportunities for those whose existing roles disappear.”