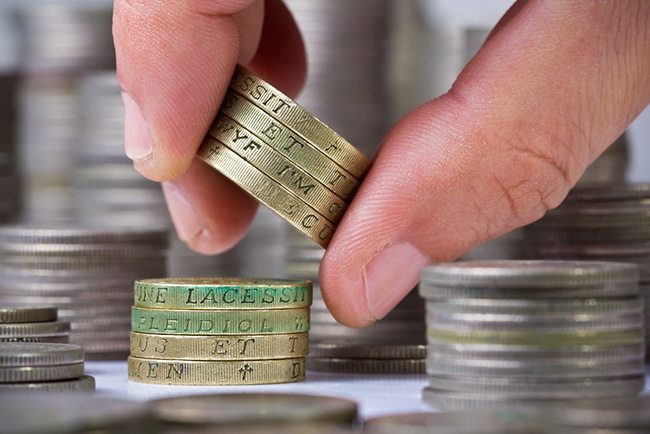 The number of people in the UK who are living “an almost cashless life” has more than doubled in two years, to 7.4 million, official data shows.

UK Finance, a trade association for Britain’s banking and financial services sector, said changes in payment habits had inadvertently left the nation better prepared to cope with life under lockdown than would have been the case a few years ago.

The figures relate to 2019, and so predate the coronavirus outbreak, which has accelerated the adoption of contactless payment. They are likely to fuel concern about millions of people potentially being left behind as the shift to a cashless society speeds up.

Fewer than one in four payments last year were made with cash and more than half were made by card, the figures show. The balance is payments made by other means, such as direct debits and bank transfers.

Almost one in seven of the population, and one in four of those aged 16 to 34, chose to live a largely cashless life in 2019. A cashless lifestyle is defined as either not using notes and coins at all, or only once a month.

UK Finance said the increasing enthusiasm for cashless payment methods “may have helped prepare customers for the changes they now face due to the coronavirus lockdown”.

It said the impact of Covid-19 “may accelerate these habits for many customers”, but it added that more than 2 million people still mainly used notes and coins, and it was “working flat out” to ensure the public continued to have access to cash and everyday banking services.

The UK Finance report shows that cash payments continued their long-term decline in 2019, falling by 15% to 9.3bn payments, though this was still the second most popular payment method in the UK after debit cards.

Just 23% of all payments were made in cash, compared with 58% a decade earlier.

Of those living a completely or largely cashless life, young people were leading the way, said the banking body. The report found 25% of those aged 16 to 24 fell into this category, as did 24% of those aged 25 to 34. However, there are people of all ages who rarely or never use cash: for example, 7% of those aged 65-plus.

UK Finance has previously predicted that by 2028, notes and coins would account for just 9% of all payments. It said it was not publishing new 10-year forecasts because of the pandemic.

Many places where people commonly use cash, such as pubs and cafes, are shut, and some shops are refusing to take notes and coins. The cash machine network Link reported a 55% drop in ATM volumes during the lockdown.

Experts say it is not clear whether consumers will continue with their new spending habits once lockdown restrictions are fully lifted.

Debit cards were the most used method last year with 17bn payments. The number of contactless payments across debit and credit cards increased by 16% to 8.6bn.

This week the consumer group Which? said vulnerable people risked being unable to access the money they needed to pay for goods and services unless the government acted to support the “fragile” cash system.