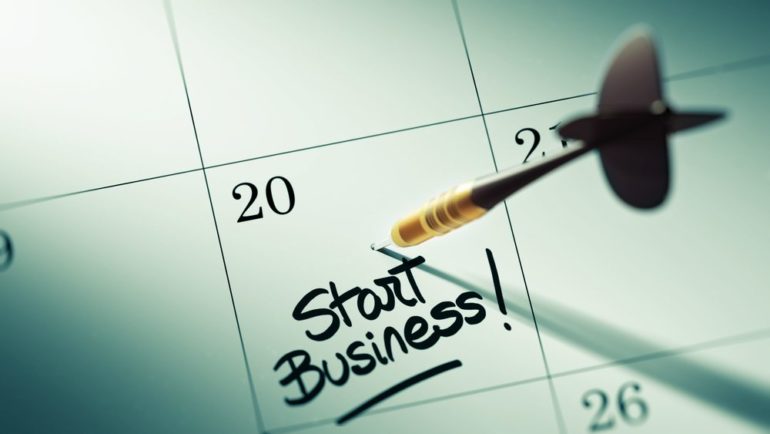 Research has found that 80 per cent of people in the UK had thought about starting their own business.

There were 644,750 company incorporations in the UK in the twelve months to 31 March 2017 and with the popularity of online, handmade marketplaces such at Etsy and Not On The High Street, there are more opportunities than ever to become your own boss. But will this trend continue to grow?

Research found that 80 per cent of Brits have aspired to set up on their own. Londoners were most the entrepreneurial, with 84 per cent claiming they have thought about starting their own business, closely followed by residents of Glasgow, Liverpool and Leeds.

Sheffield residents were the least likely to start their own business, followed by those in Newcastle and Cardiff and Southampton.

However, although the nation dreams of starting up on their own, there are some barriers that stop Brits handing in their notice and fulfilling the dream.

With research finding that millennials will have nine jobs in a lifetime and one complete career change, it is no surprise that this age group is the most likely to think about taking the plunge. 90% 25-34 year olds have thought about starting their own business, along with 85 per cent of 18-24 year olds.

Amber Smith, Ebuyer Sales Director at Ebuyer.com said: “It comes as no real surprise that four in five adults want to start their own business – especially among young people, who have seen YouTube stars and internet entrepreneurs build a business from their bedroom.

“One in three residents claim lack of money is the biggest barrier to starting up your own business, but with the rise in rentable office space across the UK and the option to lease technology so businesses can afford the equipment they need to kickstart their career, the dream of becoming your own boss in 2018 might be closer than you think.”