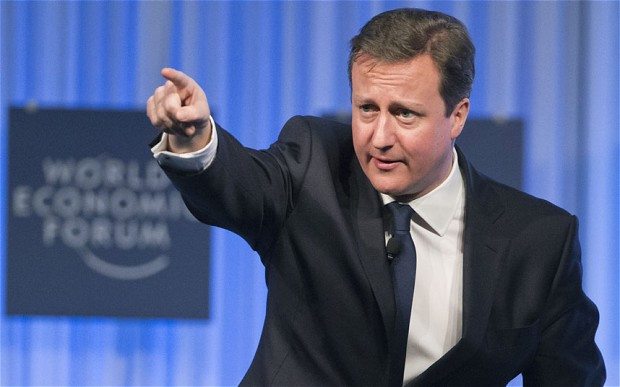 Responding to calls for companies to “pay their fair share”, Mark Otty, Ernst & Young’s managing partner for Europe, Middle East and Africa, claimed a moral tax code would not work as companies had a duty to pay the lowest rate permitted, reports The Telegraph.

His intervention follows Starbucks’ threat to suspend millions of pounds of planned investment in the UK if the attacks continue. Goldman Sachs chief executive Lloyd Blankfein has also warned that the row risks stigmatising “every right-thinking person who organises his or her affairs in a sensible way”.

Speaking at the World Economic Forum in Davos, Mr Otty told The Daily Telegraph: “The only way you can resolve this issue is through a legal code. I don’t see how you can have any assessment on payments of tax other than what is in the statute. The simplest solution is to stop banging on about morality and change the law. ”

His comments followed David Cameron’s pledge to crack down on avoidance, some of which the Prime Minister said had become so “aggressive” it raised “ethical issues”. Businesses which thought they could dodge their fair share of tax needed to “wake up and smell the coffee”, Mr Cameron said.

Public anger has mounted at the way global companies such as Google, Starbucks and Amazon move profits from one country to another to lower their tax rate. While the behaviour is not illegal, MPs have called it “immoral”.

Mr Cameron reserved particular bile for “the travelling caravan of lawyers, accountants and financial gurus” who game the global tax system on behalf of their clients.

Mr Otty said E&Y would not be changing its tax practices.
“It comes back to the law,” he said. “A company has responsibility to its shareholders, its staff and society.

“In days gone by it was a much easier argument. Now there is this morality test. For an organisation, it becomes very difficult … you don’t know what the rules are or who the arbiter is.”

Starbucks said it agreed with the Prime Minister that all companies should pay their fair share of tax.